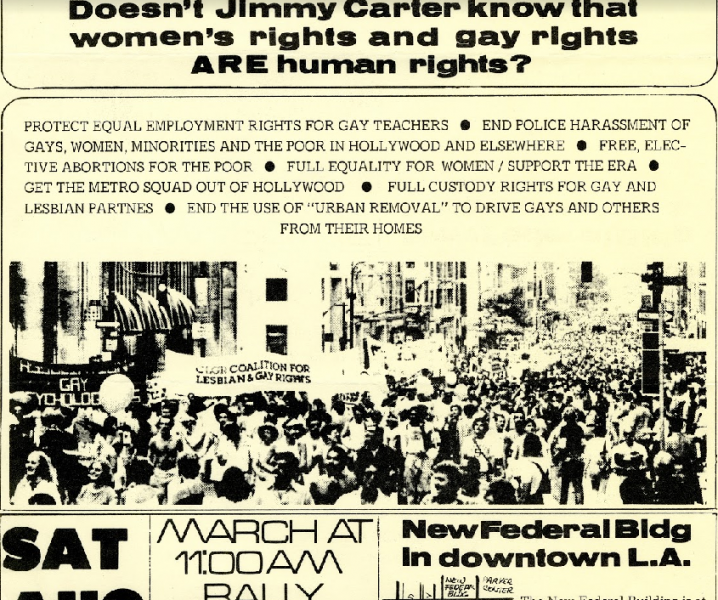 In this inquiry set, students consider the ways that individuals in the lesbian, gay, bisexual, transgender, and queer/questioning (LGBTQ) community collectivize in order to fight for greater equality and recognition. In particular, students grapple with the issues of identity and the multiple and intersecting ways that identity affects efforts to engage politically. For those in the LGBTQ community also identifying as black, Latinx, or Asian meant navigating norms in many communities. Students read several sources, annotate them, and then categorize the documents in order to produce a short essay describing perspectives with evidence from the texts.

What is the story of our community? In what ways have members of my community engaged in political activism?

LGBTQ communities include individuals who identify themselves as African American, Asian, Latinx or other traditionally marginalized group. For this reason, a case study on the political activism of LGBTQ communities is particularly valuable to the 9th grade Ethnic Studies course. In this case study, students “document the experiences of people of color in order ... to construct counter-narratives and develop a more complex understanding of the human experience.” By studying the political activism of LGBTQ communities, students “[take] into account the intersectionality of identity (gender, class, sexuality, among others), to challenge racism, discrimination, and oppression and interrogate the systems that continue to perpetuate inequality.” They consider documents from differing perspectives and communities within and/or opposed to Civil Rights for individuals identifying as LGBTQ. Students read sources to study “multiple perspectives” and “investigate the relationship between race, gender, sexuality, social class, and economic and political power.” After students “study how different social movements for people of color, women, and lesbian, gay, bisexual, and transgender (LGBT) communities have mutually informed each other,” they write their own accounts of political activism in LGBTQ Communities.