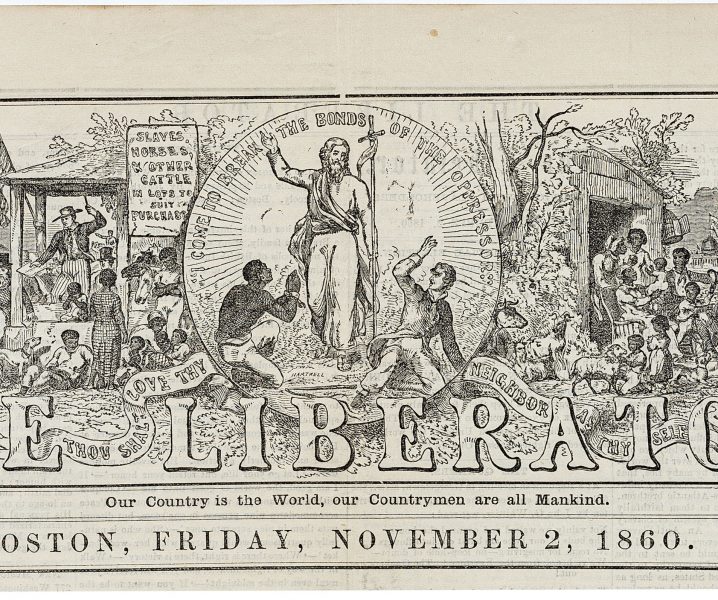 This set examines the actions of the enslaved, free blacks, and whites who worked to bring about an end to slavery. It also examines the Fugitive Slave Act of 1850 and other measures intended to protect the institution of slavery.

How did people work to end slavery, and what opposition did they face?

Students examine the national abolitionist movement that arose during the nineteenth century. Although the abolitionist movement is quite popular with students seeking to connect these early activists to rights movements of the next century, it is extremely important that students learn about abolitionists in their own contexts. Abolitionists were considered the most radical reformists by both Southerners and Northerners; their arguments about the immorality of slavery were never popular with the vast majority of Americans.

Excerpts from Frederick Douglass's What the Black Man Wants, David Walker's Appeal, Harriet Beecher Stowe's Uncle Tom's Cabin, and Fanny Kemble's Journal of Residence on a Georgia Plantation, as well as excerpts from slave narratives and abolitionist tracts of this period, will bring these people and events alive for students and enable them to address the following questions: How did people work to end slavery, and What opposition did they face?

The Declaration of Independence proclaimed the rights of all to enjoy life and liberty; however, the enslavement of millions of people directly contradicted this ideal. As long as people enslaved others, resistance formed to end the practice. Many who were enslaved rebelled against their condition, some by fleeing from their captors. They were sometimes aided by people such as Harriet Tubman and other formerly enslaved people, as well as free blacks and whites who risked their lives to bring individuals out of slavery. This was one strategy employed to end slavery. Another strategy involved "abolitionists, " both black and white people who worked to abolish the legal standings for slavery. American abolitionists were always a minority of the population. A prominent organization involved in the early abolitionist phase was the Pennsylvania Abolition Society (PAS), which worked through legal means to call for gradual emancipation of slaves. The PAS formed shortly after the American Revolution, making it the first abolitionist society in the world. The PAS sent the US Congress over 20 petitions to end slavery, and to litigate against slaveowners and in favor of individual slaves seeking freedom. By 1804, all Northern states had either abolished slavery (in their state) or passed gradual emancipation laws that gave blacks born into slavery freedom by adulthood.

By the 1830s, the abolitionist movement had grown to encompass men as well as women, and both black and white Americans, who used private and public settings to denounce the evils of slavery. Before this, white abolitionist societies excluded both women and blacks. Coinciding with the religious revivalism and egalitarian politics of the 1820s and '30s, this more democratic approach to ending slavery is what most people today associate with abolitionism. Figures such as Frederick Douglass and Maria W. Stewart traveled throughout the North delivering impassioned arguments in favor of ending slavery and promoting equality in the United States. These two leaders, along with many of their fellow African Americans, prioritized racial equality in addition to immediate abolition. William Lloyd Garrison used his newspaper, The Liberator, to forward the cause of abolitionism, as did other white- and black-led newspapers. The 1830s saw a huge increase in the number of newspapers circulating in the nation. Many abolitionists counted on the intensified religious fervor of the 1830s to appeal to people's moral and religious sensibilities to argue that slavery was sinful. Many evangelical ministers joined the cause, taking the position that the Bible supported abolitionism and was not the moral justification for slavery as some ministers and other Americans asserted.

One of the fierce debates during the mid-nineteenth century involved the plan to colonize blacks in Africa. Most black Americans rejected the plan for forced colonization, arguing that they considered the United States their homeland. While there were some abolitionists who were involved with colonization, most abolitionists and colonizationists saw themselves as pursuing different aims. Many colonizationists wanted to limit, but not necessarily eliminate or abolish, slavery. Colonization plans, debated and funded in the US Congress, reflected the fears of some white Americans that once freed, blacks would cause the crime rate to rise. The ideas behind colonization reflected the racist attitudes of a majority of Americans who were unwilling to accept or support the full inclusion of blacks into American society. White supremacy, as well as strong economic motivations to continue slavery, created challenges for the abolitionist movement. In 1836, Congress created a gag rule against petitions to end slavery, making the abolitionist cause that much harder to advance. Despite the opposition, abolitionist societies grew from 100 to 1,000 in number from 1830 to 1840 and came to include half a million Americans. The abolitionist movement existed for over two generations before the Thirteenth Amendment abolished slavery in 1865.

This excerpt is a speech delivered at the Franklin Hall in Boston on September 21, 1832, by Maria W. Stewart, a free-born African American abolitionist and women’s rights activist. Stewart grew up working as a servant in a clergyman’s household and studied his craft. She was thus known for blending the spiritual and secular in her political speeches, giving them a religious quality and scriptural style. This literacy activity guides students in understanding how Stewart creates this scriptural style in the excerpt through her language choices and asks them to consider how it might have been effective for her audiences and might have contributed to the religious revivalism of the time.

This set includes firsthand accounts of slavery and racial discrimination as well as sources that describe people as property belonging to an owner.