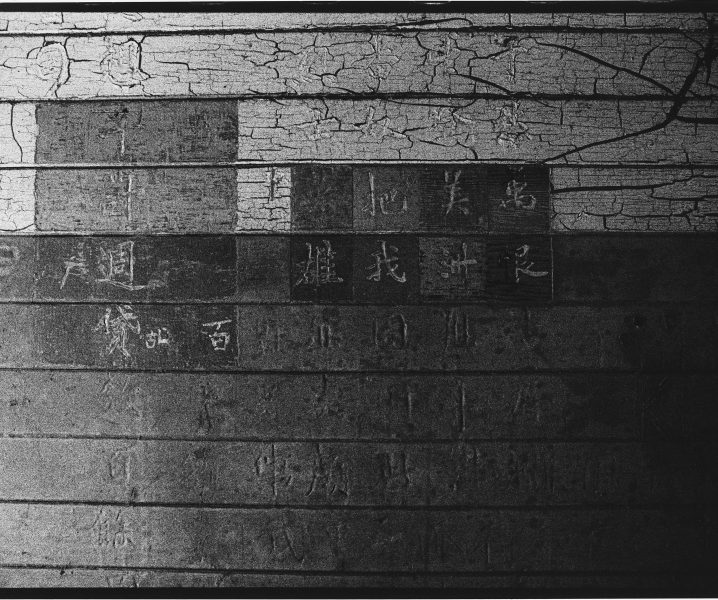 8.12 Angel and Ellis Island Immigration at the Turn of the Twentieth Century

This source set examines the experiences of immigrants at Angel Island and Ellis Island through photographs and first-hand accounts, and considers the impact of immigration policy on these hopeful immigrants.

Who came to the United States at the end of the nineteenth and beginning of the twentieth century? Why did they come?

Part of the reason the nation became as productive as it did in the last decades of the nineteenth century was because of a flood of immigrants from southern and eastern Europe. Students can identify who migrated, why they came, how people found work, where they lived, and how they encountered this foreign country. Students can address the questions: Who came to the United States at the end of the nineteenth and beginning of the twentieth century? Why did they come? What was their experience like when they arrived? They can also learn about the long hours, poor wages, unhealthy work environments, and lack of regulation on child labor, which according to author Upton Sinclair, amounted to The Jungle for the working class.

This system of labor and social organization was justified by leading social scientists, who advocated social Darwinism, or eugenics as scientific explanation and rationalization for treating workers poorly. Students examine the importance of social Darwinism as a justification for child labor, unregulated working conditions, and laissez-faire policies toward big business.

The plight of labor and immigrants was not ignored by everyone at the turn of the century: Progressives, or American reformers who sought to provide a safety net for the most vulnerable of Americans, started to advocate for the poor through opening settlement houses like Hull House in Chicago, or working as muckraking journalists like Ida Tarbell, exposing poor working conditions.

Progressives eventually advocated broader reforms in urban areas by encouraging the government to establish minimum working age requirements and passing the Pure Food and Drug Act, for example. Reformers also aligned themselves with workers themselves. Students can study the rise of the labor movement and understand the changing role of government in confronting social and economic challenges of the Gilded Age and Progressive Era. Students can review these shifts by considering the question: How did the federal government affect the country’s growth in the years following the Civil War?

Despite suffering from unsafe working and living conditions, immigrant and native-born men and women sometimes found themselves freer from family and community control in urban centers. Socializing in public became the norm for working-class youth who had limited space where they lived, and the disparity between women’s and men’s wages gave rise to the practice of dating. The rise of commercialized entertainment such as movies, amusement parks, and dance halls fostered easier interaction among strangers.

… California also came to play an increasingly significant role in the national economy. The Gold Rush in California, the building of the transcontinental railroad, and agricultural labor in Hawaii and the mainland spurred Chinese, Korean, Japanese, Filipino, Hindu, and Sikh immigration to the United States. Agricultural production and the growth of the oil industry accounted for much of California’s early economic growth. Asian farmers and laborers contributed to the development of irrigation systems and farming throughout the state. Families from Mexico increasingly provided the labor force for the cultivation of this region.

Students study the social, economic, and political barriers encountered both by immigrants and American citizens of Mexican ancestry. Eventually the Chinese Exclusion Act (1882) and the Immigration Act of 1917 greatly limited Asian entry to the United States. California built the immigration station at Angel Island to implement restrictions on Asian admissions. Despite the government’s eventual tightening of restrictions on immigration in the second decade of the twentieth century, immigrants played an essential role in developing the country as both an agricultural and industrial giant.

Literature can deepen students’ understanding of the life of this period, including the immigrant experience in the Great Plains portrayed in Willa Cather’s My Antonia and O. E. Rolvaag’s Giants in the Earth; life in the tenements of New York City as portrayed in Anzia Yezierska’s Bread Givers, and life in the slums portrayed in Jacob Riis’s books; the poems, journals, and journalism of Walt Whitman; and Mark Twain’s Huckleberry Finn, unsurpassed as a sardonic commentary on the times.

Between 1870 and 1920, more than 25 million immigrants came to the United States. The majority of them hailed from southern and eastern Europe, Scandinavian countries, China, and Japan. These immigrants were quite often poor. Immigration history is often explained in terms of “push and pull factors” — reasons why people would take the long journey knowing that they may never again return home; and, reasons why they traveled to a particular place. The “push” factors that drove so many immigrants from their home countries were many. Rural poverty and political instability sent more than 2 million Chinese all over the globe in the second half of the nineteenth century; more than 300,000 came to the United States. Many of the immigrants from southern Italy and eastern Europe fled rural poverty, as rapid population growth put too much pressure on existing available land. In 1891 the Russian Empire expelled 30,000 Jewish people from Moscow, pushing them into the Pale of Settlement at the western edge of the empire. There, they found crowded urban areas with fierce competition for businesses and employment and a surplus of unskilled laborers, artisans, and merchants. Industrialization undermined their traditional life, and anti-Semitism and anti-Jewish violence encouraged them to leave, as they were constantly used as scapegoats for economic and other problems. The vast majority of immigrants to the United States in this period were young. Many Italian and Slavic men emigrated alone, hoping to earn enough money to return to their homelands and marry, buy land, or set up a small business. Many actually did so, especially Italians. Jews, who had fled religious and legal persecution as well as economic adversity, usually came in family groups and seldom returned to their homelands. The “pull” factors included America’s growing demand for industrial labor. Railroad and steamship companies sought out this much-needed labor force, advertising the benefits of American life throughout Europe and China. And the stories told by friends and families already in America proved convincing. Pioneering immigrants kept in touch with their Old World families and communities and sponsored those who chose to follow. Neighborhoods with names such as Chinatown and Little Italy sprang up across the country, each with its own places of worship, markets, and newspapers to nourish these new and growing communities. Although immigrants’ reasons for coming to America at the turn of the twentieth century resembled those of earlier eras, these newcomers faced considerable prejudice and racism. Many prominent journalists and politicians began to equate the physical characteristics of certain national groups with mental and moral qualities, such as idiocy, criminality, immorality, radicalism, etc. By 1882, American workers in the West had successfully used economic and racist arguments to convince Congress that Chinese laborers unfairly competed with American laborers. The Chinese Exclusion Act of 1882 outlawed skilled and unskilled laborers. Support for immigration restriction continued to grow from the late nineteenth century onward. Restrictive, race-based immigration legislation went into effect in 1924. This set looks at Ellis Island and Angel Island — the East- and West Coast immigration stations. There were some distinct differences in the experience of immigrants at these two stations. People who came through Ellis Island had brief physical exams unless they had visible handicaps, and few spent even one night there before being admitted to their adopted country. Only about 1 to 2 percent of immigrants through Ellis Island were not allowed entry. At Angel Island, somewhere between 10 and 30 percent of hopeful immigrants were rejected, in large part because of legislation meant to exclude Chinese immigrants. Due to the 1882 Chinese Exclusion Act, Chinese arriving at Angel Island were subject to in-depth physical examinations and intense interrogations to prove eligibility.
This poem is a translation of one of the many Chinese poems found on the walls at Angel Island. While the words and sentences themselves are not terribly complicated, students typically need support in knowing how to approach a poem. Going through the process of analyzing patterns of words can help students come to deeper insights about the values and goals of the writer and of Chinese immigrants to the United States. Directions: 1. Provide context. 2. Interpret and discuss text. Use the Student Handout to guide students through the following process. 3. Extend the learning. Handouts 8.12 Immigrants to Angel and Ellis Islands at the Turn of the 20th Century Student Handout 8.12 Immigrants to Angel and Ellis Islands at the Turn of the 20th Century Teacher Key
This set discusses race-based immigration exclusions and anti-Semitism, and shows ways in which those discriminated against found ways to establish themselves in the United States and work toward economic and religious freedoms.

8.8 The Social and Economic Impact of the Mexican-American War in California