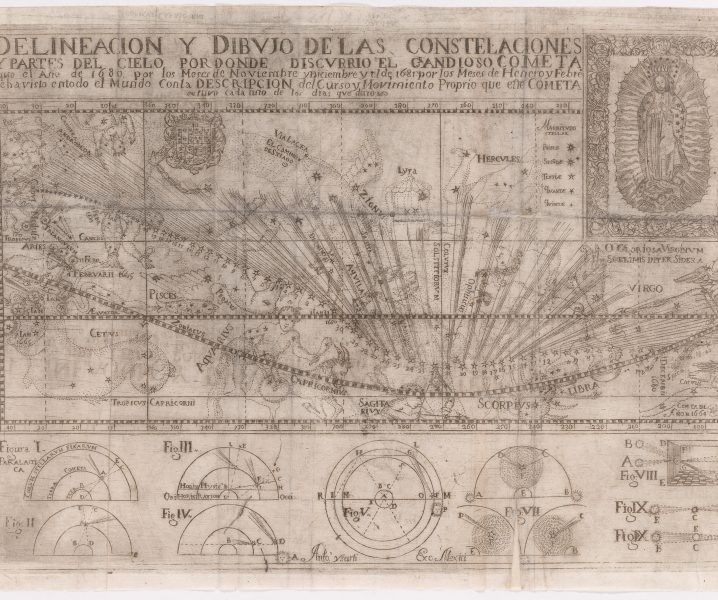 7.9a The Virgin of Guadalupe

The Virgin of Guadalupe is an image and a religious practice that shows the synthesis of Nahua/Mesoamerican and European Catholic religions in colonial Mexico City and the Spanish colony of New Spain. This set explores the origins of the Virgin of Guadalupe in Nahua and European practice and supports student inquiry analysis on the visual attributes of her portrayals and the stories about her, along with Spanish Catholic efforts to convert Mesoamericans.

It’s important for students to recognize that the Europeans did not take over China, India, Africa, and most of Asia until the nineteenth century. For this entire period, therefore, the major Afroeurasian centers — China, India, and the Islamic World — were too strong for Europeans to conquer. In lands where states were not as strong, Europeans established colonies. European armies used gunpowder weapons to defeat local resistance. Europeans became the government rulers and officials and changed the laws. They also took desirable land away from the native owners and gave it to Europeans. Often the Europeans used the land to grow tropical commercial crops for sale in Afroeurasia. Sometimes the European government and army forced the native people to work for the Europeans as well. Finally, European Christian missionaries spread through the colonies trying to convert local people to Christianity. Some states, such as Spain and Portugal, supported these missionaries and helped to force local people to change their religion; other states, such as the Netherlands, did not pay much attention to missionary activities…. To assess the impact of the Spanish conquest, Mr. Brown’s students return to the question: What were effects of exchanges at Tenochtitlán / Mexico City in the 16th through 18th centuries? … Students investigate examples of the hybrid nature of Colonial Latin America and assess the contributions of native peoples to the cultural, economic, and social practices of the region by 1750. (Two concrete examples of this are the building of the Mexico City cathedral on the location of the central pyramid, as well as other changes to the spatial geography of Mexico City, and the Virgin of Guadalupe.)

7.1 San Francisco as a Site of Encounter in the Gold Rush Era