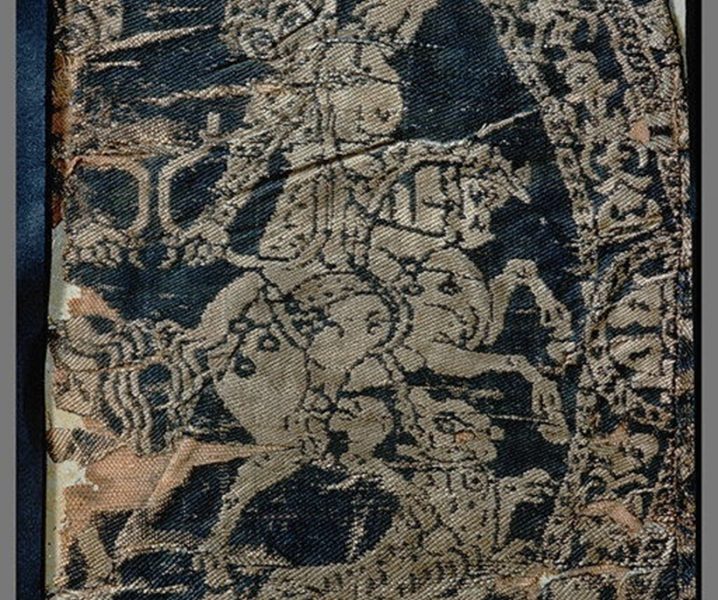 7.3 Interactions in Baghdad and the Abbasid Caliphate

As the capital of the Abbasid Caliphate, Baghdad was a site of encounter that attracted people, products, and ideas from all over Afroeurasia. People from many ethnic groups and religions coexisted in the caliphate. The caliphs not only supported merchants and trade but also the collection, translation, and production of knowledge in science, mathematics, and medicine. The vibrant exchange of people, products, and ideas created new products and ideas.

What were the multiple ways people of different cultures interacted at the sites of encounter, such as Baghdad?

The teacher introduces the new capital of Baghdad as the next site of encounter, with the question: What were the multiple ways people of different cultures interacted at sites of encounter, such as Baghdad? The teacher asks students to think about what they have just studied about the spread of the Muslim Empire as one way people of different cultures interact. That is, Arabs, who were nomadic tribesmen from Arabia, converted to a new religion, and inspired by that religion, fought wars against other cultures. One type of cultural interaction is war. After the conquest, people of other cultures had to live under Umayyad Muslim rule and pay special taxes if they belonged to another religion.

This type of cultural interaction is called coexistence in communities. Another type is adoption and adaptation. Some of these conquered people adopted the new religion for various reasons, such as religious conversion, access to political power, and socio-economic advantages. As they converted, they changed their names, their social identity, and associated with Muslims in their area, rather than with their home group of Jews, Christians, or others. Over time, they adopted more of Arab culture as well. However, as they adopted the Muslim religion and Arab culture, they also adapted religious and cultural practices to accommodate local customs. For example, the custom of secluding elite women inside a special part of the house and only allowing them to go out when their hair and most of their bodies were covered predates the religion of Islam. It was actually a Persian and Mediterranean (and ancient Athenian) custom. Before Islam, Arabian women were not confined to the household. The Persians and Mediterranean people who converted to Islam adapted social practices to include their custom. This is just one example of the cultural adaptation process.

Under the Abbasids, Baghdad grew from an insignificant village to one of the leading cities of the world. The city’s culture was a mix of Arab, Persian, Indian, Turkish, and other South Asian and Central Asian cultures. The Abbasids encouraged the growth of learning and borrowing from Greek, Hellenistic, and Indian science and medicine. They built schools and libraries, translated and preserved Greek philosophic, scientific, and medical texts, and supported scientists who expanded that knowledge.

In Baghdad and other Muslim-ruled cities, Muslim, Christian, and Jewish scholars collaborated to study ancient Greek, Persian, and Indian writings, forging and widely disseminating a more advanced synthesis of philosophical, scientific, mathematical, geographic, artistic, medical, and literary knowledge. To investigate the question What did the interaction of Arab, Persian, Greek, Hellenistic, and Indian ideas and technologies at Baghdad (and the Abbasid Caliphate) produce? , students analyze visuals of libraries, schools, and scientific drawings from Muslim manuscripts, the circulation of “Arabic” numerals, and words of Arabic origin (such as algebra, candy, mattress, rice). The teacher sets up a gallery walk and provides student groups with a source analysis template. The template asks students to record source information, describe the contents of the visual, and cite evidence from the visual that answers the lesson question. Students share some of their observations and answers to the whole class, as the teacher lists the products on the board. Then the teacher guides students through developing a one-sentence interpretation that answers the question. The students then return to their groups to discuss the evidence they have gathered. The teacher stresses that they should choose the best two pieces of evidence from their gallery walk. The group chooses two pieces of evidence and each group member completes an evidence analysis chart (with columns for evidence, meaning, significance, and source). The teacher displays several group charts on the document projector, clears up any misconceptions, and showcases examples of good evidence choices, analyses, and citations.