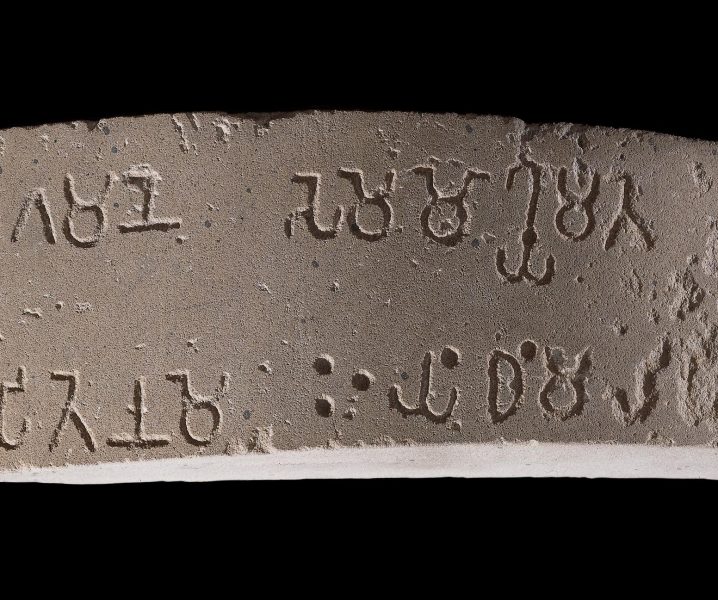 This inquiry set provides students with sources to analyze the types of connections that existed during the period of the Maurya Empire. The Maurya Empire was the first large empire in South Asia, and the Mauryans forged strong connections with Persia, the Hellenistic Mediterranean, Central Asia, and China. The most obvious connections were political and economic, but there were also social and cultural connections in religion, art, and scientific ideas.

During the Maurya Empire, how did the connections between India and other regions of Afroeurasia increase?

Vedic teachings gradually built up a rich body of spiritual and moral teachings that form a key foundation of Hinduism as it is practiced today. These teachings were transmitted orally at first, and then later in written texts, the Upanishads and, later, the Bhagavad Gita. Performance of duties and ceremonies, along with devotion and meditation, became dimensions of the supreme quest to achieve oneness with God. That fulfillment, however, demands obedience to the moral law of the universe, called dharma, which also refers to performance of social duties. Fulfilling dharma is one of the four primary goals of human life, along with kama (love), artha (wealth) and moksha (oneness with God). Success or failure at existing in harmony with dharma determines how many times an individual might be subject to reincarnation, or repeated death and rebirth at either lower or higher positions of moral and ritual purity. Progress toward spiritual realization is governed by karma, the principle of cause and effect by which human actions, good and bad, affect this and future lives. ...

A period of prolonged military struggle between the republics and kingdoms of North India culminated in the victory of Chandragupta Maurya and the first large-scale empire of India in 321 BCE, comparable to the Warring States period in China and its first unification under the Qin slightly later. Teachers pose the following question: During the Maurya Empire, how did the connections between India and other regions of Afroeurasia increase? Governing a powerful empire with a million-man army, the Maurya dynasty maintained strong diplomatic and trade connections to the Hellenistic states to the west. The Maurya Empire reached its peak under the rule of Chandragupta’s grandson Ashoka (268 – 232). Beginning his reign with military campaigns, he had a strong change of heart, converted to Buddhism, and devoted the rest of his rule to promoting nonviolence, family harmony, and tolerance among his subjects. The Maurya Empire broke up into small states in the early second century BCE.

This inquiry set provides students with sources to analyze the types of connections that existed during the period of the Maurya Empire. The Maurya Empire was the first large empire in South Asia, and the Mauryans forged strong connections with Persia, the Hellenistic Mediterranean, Central Asia, and China. The most obvious connections were political and economic, but there were also social, artistic, and cultural connections in religion and perhaps in scientific ideas. There is more evidence of ideas being spread around South Asia and into other parts of Afroeurasia during the Maurya period than during earlier periods. Therefore, this set offers just one source on trade and a variety of sources on ideas. Students should understand that this does not mean trade stopped; in fact, there was more trade than ever before. It was during the rise of the Maurya Empire that the Silk Road was beginning to take shape and would eventually link Asia, Africa, and Europe through the shared interest of economic exchange and building wealth. Sailors and merchants from the Mediterranean and western Asia visited South Asian ports on a regular basis, bringing home pepper, cotton cloth, and silk from China. Source 7 is an example of one of the many coins produced during the Maurya Empire — some of which have been found well beyond the territories it controlled, suggesting the vast reach of its merchants. The connections and exchanges between India and the rest of Afroeurasia intensified both in number and in type.

Between the fourth and second centuries BCE the Mauryans controlled most, but not all, of the South Asian subcontinent as well as territories beyond the valley of the Indus Rivers in parts of present-day Pakistan, Afghanistan, and Iran. The long-lasting political unity of the Maurya Empire also meant that there were more economic, social, and cultural connections among distant parts of this huge subcontinent. When Alexander the Great advanced into northern India between 327 and 325 BCE, he defeated the rulers of many small states. His retreat created a power vacuum. Chandragupta Maurya, whose kingdom was based in the lower Gangetic plain, saw an opportunity to increase his territory and power. He conquered a number of smaller kingdoms and founded the Maurya Empire in 321 BCE. His descendants extended those conquests to encompass most of the subcontinent. The Maurya Empire rose during the period when the Hellenistic successor states were consolidating their authority, and the Han and Roman Empires were soon to rise. Along with these large states and empires across Afroeurasia, the Maurya Empire marked a shift toward more centralized power and infrastructure and increased connections both within and beyond its borders.

Politics was among the most significant ways in which the Maurya Empire forged connections with other empires. During the early years of Chandragupta Maurya’s reign, the successor kingdoms of Alexander the Great’s empire, such as the Seleucid kingdom in Persia, challenged the rising Maurya Empire along its southern and eastern borders. Eventually the two powers came to an agreement, during which outposts of the former Macedonian Empire of Alexander were given to the Maurya Empire in exchange for war elephants. Source 1 is an excerpt from a Greek survey of the Maurya Empire written by Megasthenes, the Seleucidian ambassador to the Mauryan imperial court. Chandragupta’s reign also served as a political context for the publication of the Arthashastra by his adviser and minister, Kautilya (Source 2). Sometimes compared to the much later work, The Prince, by Machiavelli, Kautilya’s practical and realistic guide to politics reveals the primary political aims of the empire. The text also demonstrates the ways in which ideas of empire building and statecraft may have been drawn from neighboring kingdoms but were adapted to the Mauryan context. It is likely that this text and other Indian concepts and practices influenced Seleucid Persia and the other Hellenistic states as well.

Connections not only increased within India but also with other regions of Afroeurasia. Hinduism and Buddhism spread to Sri Lanka, and Buddhism to Central Asia during this period. This was the beginning of the spread of these religions from India to China and Southeast Asia. During the Maurya period there were many local religious beliefs and practices (Source 5) as well as competing wider religions of Hinduism (that is, the teachings of the Brahmans), Buddhism, and Jainism. It was under the reign of King Ashoka that Buddhism began to spread throughout Asia due to his adherence to and support of the religion (Source 4). It was also under the Maurya Empire that Bhagavad Gita (Source 3), one of the most important Sanskrit epics, was composed and written down after centuries of oral transmission The Maurya Empire also saw the rise of beliefs and practices that were perceived as threatening the dominant religious order, such as the skeptical schools of the Ajivikas (also spelled Ajivakas), which Mauryan king Bindusara strongly supported and helped develop (Source 6). The unity of the Maurya Empire helped spread religious ideas throughout South Asia and beyond to Sri Lanka and Central Asia.

The philosophical, religious, and medical ideas and practices of India may have influenced the Hellenistic Greek world as well. Hellenistic Greeks knew about gurus, whom they called gymnosophists (Source 8). India had a fully developed medical tradition that was written down for the first time during or around the time of the Maurya Empire (Source 9). These sources will help demonstrate that, historically, influence flowed in all directions and that the Maurya Empire is just one example among many in which their ideas played a role in shaping other empires, challenging the age-old notion that influence and power solely emanated from the West toward the East. On the contrary, empires such as the Maurya Empire actively contributed to shaping the historical developments of their neighbors as much as they were influenced by their neighbors.

It may be problematic to teach about certain historical beliefs and practices of Hinduism and Indian history if students or their parents hold strong views. The most controversial is the concept of caste. It is not appropriate to ask students what caste they belong to, or to treat caste as a unique example of inequality that persists in India today. Instead, if you use the term caste (as the framework does), emphasize to students how often ancient cultures divided people into unequal groups, with the priests and the military leaders in privileged positions (the Mesopotamians, Egyptians, and Hebrews all had similar systems). Every society studied in Grade 6 had elite groups who dominated political rule, economic life and cultural production.

Another sore spot can be the Indo-European connection. For years teachers taught that Indian culture was developed by Indo-European people who came in from Central Asia and conquered north India. There is no historical evidence for any invasion or conquest. The connection of Indian to European (and Persian) languages is supported by much evidence, and almost all scholars accept that there was travel or migration of some sort between Central and South Asia. But they no longer teach that outside ideas were the basis of Indian culture. Nor do they claim, as generations of teachers did before, that Greeks spread their ideas to India, implying that the Greeks were the knowledgeable, active group and the Indians were the uncivilized, passive receivers of outside influence. You can avoid this pitfall by reminding students about the limited evidence that survives from the ancient world and how there are many questions we cannot answer. Also emphasize that influence would have gone both ways. The Indians had fully developed intellectual, religious, philosophical, and medical systems before the Greeks ever met them.

The framework provides more guidance about navigating these issues.

Part I, B. Interpretative

7. Evaluate how well writers and speakers use language to support ideas and arguments with details or evidence depending on modality, text type, purpose, audience, topic, and content area.

Teacher Background: The Bhagavad Gita is a complex, philosophical text full of abstract ideas. It is written in a poetic meter. These features will make it difficult for all students and highly difficult for English learners. However, it is an extremely important text that will further their understanding of Hindu beliefs. To help students understand the text and, more importantly, be able to analyze its historical significance, the following is a close-reading strategy that guides students through several readings, annotation, and citing of evidence. There are also activities to unpack cause-and-effect text structure, double-negative sentence constructions, and analysis of Greek and Roman word roots.