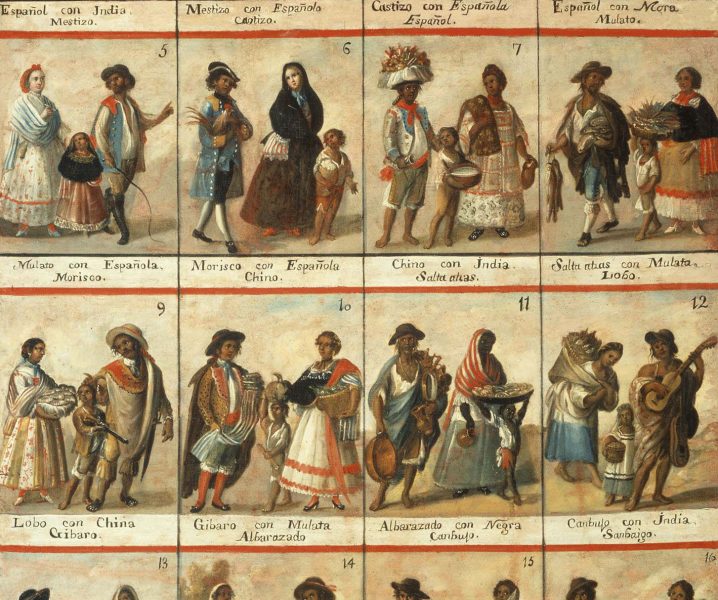 5.4 The People of Colonial North America

This inquiry set introduces students to those who lived in North America before and during European colonization. Students learn about the colonial settlers, voluntary and involuntary, who descended upon the Native peoples and their land.

Who moved to and settled in North America? Why did they choose to live where they did?

Students can begin their studies of North America by examining these questions: Who moved to and settled in North America? Why did they choose to live where they did? A brief overview of French and Spanish colonization in the New World introduces students to the different groups of people who met on the North American continent. Unlike British colonies populated by colonists who made money primarily through agriculture, Spanish and French colonies were, in general, more transient, less focused on profiting from agricultural commodities, and more focused on extracting mineral wealth and hides. These different purposes for the colonies affected the administration and settlement of the British, French, and Spanish colonies. This unit emphasizes the English colonies, where the settlers and colonists shaped the economic and political values and institutions of the new nation. Students chronicle and evaluate how the British colonial period created the basis for the development of political self-government and a market-oriented economic system.