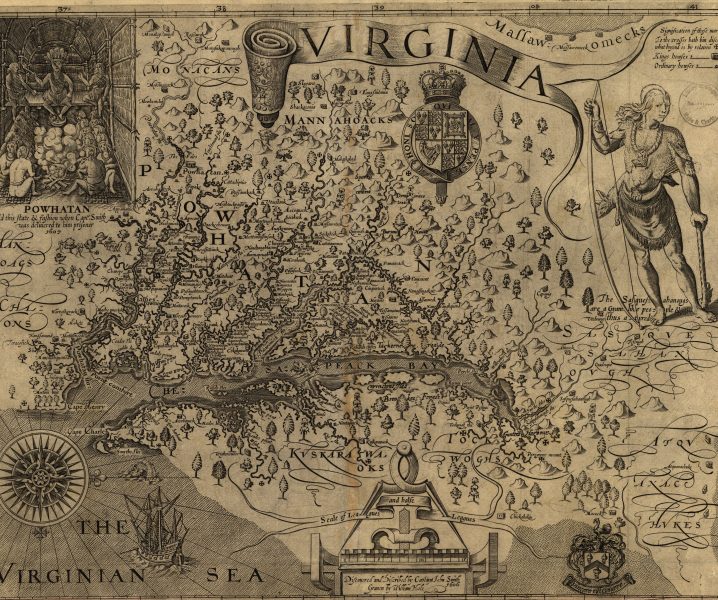 This inquiry set is designed to provide students with an introduction to and a geographic overview of the ways in which different European explorers and settlers interacted with American Indians. The investigative question How did European explorers interact with American Indians? provides the opportunity for teachers to introduce three key concepts to students — conflict, diplomacy, and religion — and to consider the role that each concept plays in the development of the United States.

How did European explorers interact with American Indians?

Students investigate the relationships between natives and Europeans by exploring this question: How did European explorers and settlers interact with American Indians? The arrival of Europeans in North America in the late fifteenth century set into motion cross-cultural cooperation and conflict among the American Indians and between the Indian nations and the new settlers. In what the Europeans termed as the New World, they competed with one another and the Indian nations for territorial, economic, and political control. By the seventeenth century, the French had established Nova Scotia and Quebec; the English, Jamestown and Massachusetts Bay Colony; the Spanish, New Spain; and the Netherlands, New Amsterdam.

How did American Indians change as a result of the new settlers? In the territory that would become the United States, individual Indian nations responded differently to European settlement. Some American Indians declared war in defense of their sovereignty. Others remained neutral. Whether in conjunction with each other or through independent compacts and treaties, many of the American Indians negotiated terms for coexistence.

Indian nations cooperated with Europeans and one another in the areas of agriculture, fur trading, military alliances, and cultural interchanges, especially in the Great Lakes region where French traders depended on such relationships for the success of their mission. Europeans introduced new food crops and domestic livestock that diversified the diets of the American Indians. This exchange dramatically altered the natural environment and introduced diseases that decimated many American Indian tribes.

European explorers and colonists were fascinated by American Indian culture, but condemned most of their traditions and practices as savage because they differed from their own way of life and as devilish because they were not Christian. Historical fiction such as Encounter by Jane Yolen or The Birchbark House by Louise Erdrich encourages students to consider the two worlds’ cultural perceptions and experiences during their first encounters.

For a time, Indian nations and European settlers coexisted. Native peoples served as independent traders and mediators. European settlement brought the American Indian population a more diverse selection of food and introduced new tools for hunting and warfare. This coexistence was short-lived, however. Broken treaties, skirmishes, and massacres increasingly came to characterize the relationship between the groups. Students may consider these questions: Why did American Indians fight with each other? Why did they fight with European settlers? American Indian resistance included armed conflict, rejection of European culture and political authority, reappraisal of native spiritual traditions, and the creation of military, political, and economic alliances among American Indian nations and tribes.

Of particular concern to American Indians in the seventeenth and eighteenth centuries were permanent European settlements and the expansion of commercial farming on native land. The American Indians resisted encroachments to their territories for more than two centuries. Major armed conflicts included the Powhatan Wars in Virginia (1622 – 1644); the Pequot War (1637) and King Philip’s War (1675) in New England; and in Ohio country, Lord Dunmore’s War (1774), brought on by Chief Logan’s retaliation for the killing of his family.

Students may collect information about how and why Indian wars developed. They can organize this information by noting who was involved in the conflict (for example, British leaders or particular tribes); when the conflict(s) developed; the circumstance of the conflict (whether it related to depleted resources or lack of power, for example); the kind of conflict it became; and the outcome. Once students have collected and organized this information, they can put it in a comparative context by creating a timeline or map. With this information side by side, students can begin to extract larger meaning and identify parallels in how or why conflicts developed and the consequences of such conflicts.

The presence of the Europeans exacerbated historical tensions among nations. Lucrative trade with Europeans altered traditional inter-Indian trading networks that existed prior to European arrival. Additionally, land disputes among American Indians such as the Iroquois, Huron, and Sioux led to armed warfare (made more violent with the introduction of gunpowder and horses), involved new military alliances with European settlers, and redefined boundaries of political and economic influence. Certain military alliances proved critical. The Iroquois, for example, played a decisive role in the outcome of the French and Indian War (1754 – 1763), also known as the Seven Years’ War. The conflict pitted British forces against French soldiers over control of the upper Ohio River Valley. The Iroquois provided invaluable support and knowledge of native terrain to inform the British military strategy.

This inquiry set is designed to provide students with an introduction to and a geographic overview of the ways in which different European explorers and settlers interacted with American Indians. The investigative question How did European explorers interact with American Indians? provides the opportunity for teachers to introduce students to three key concepts — conflict, diplomacy, and religion — and to consider the role that each concept played in the development of the United States. These concepts can be discussed using a classroom chart where students are encouraged to brainstorm definitions and examples of these concepts and to share and record them on a classroom chart. These three concepts are essential in framing students’ deeper study of Native and settler interactions. The excerpted framework text in this inquiry set establishes the geographic, cultural, and chronological span of how settler and Natives should be covered in the standard. This set of documents can help introduce the larger unit of study, or it can be woven into a pedagogical approach that centralizes region or colonizing power. Sources 1, 2, 3, and 9 help students understand English and Native interactions in the seventeenth century on the Atlantic Seaboard. Through reading primary documents, exploring images that reveal the English perspective of Natives, and analyzing the interactions, students will likely come away with a sense of the ways that conflict and diplomacy more than religion characterized the interactions. This can be a difficult topic to cover with fifth-grade students because of the intense exploitative nature of English people’s treatment of Natives. These documents and the accompanying activities do not shy away from these topics; students are asked to navigate primary sources in order to better comprehend the historical context. Sources 4 and 5 explain how William Penn sought to establish different kinds of relationships with Natives in Pennsylvania. Diplomacy and to a degree religion influenced this relationship. Penn knew of unlawful theft of Indian lands and resources that had defined Puritan and Pilgrim settler relations with Natives. Aiming instead to adopt a peaceful relationship with Natives, Penn held real negotiations with tribal people and attempted to have settlers and Indians live in peace. He and other Quakers made that attempt, but wars, removals, and treaties continued in Pennsylvania and beyond until settlers, militias, and governments forced most Native Americans of the eastern woodlands into Canada or the trans-Mississippi West. Sources 6-8 explain how Spanish explorers and settlers in the American Southwest sought to establish religious and diplomatic relationships but ultimately show that conflict defined the relationships, especially through the example of the Pueblo Revolt. Taken together, these documents begin to illustrate the varied relations between different European explorers and colonizers and Natives. By framing the relationships using the three concepts — which are by no means mutually exclusive — we can begin to understand the legacy of conquest and resistance.
1. Student Handout 1 is a 1592 map of North America that helps students visualize where native populations lived. 2. Student Handouts 2 and 3 are a two-page graphic organizer that students can complete as they survey the primary sources in this inquiry set. 3. Student Handout 2 establishes the vocabulary of conflict, diplomacy, and religion. Student Handout 3 asks students to locate examples of the terms in the organizer. 4. Student Handouts 4 - 6 contain two literacy support activities to support Source 2. 5. Student Handout 5 provides scaffolded questions for students to complete as they navigate the text in order to discover meaning from obscure words and phrases. Student Handout 6 provides a cause and effect strategy for students to complete in order to understand the relationships and sequencing of events in the text. Handouts 5.3 Interactions between American Indians and European Explorers

5.4 The People of Colonial North America