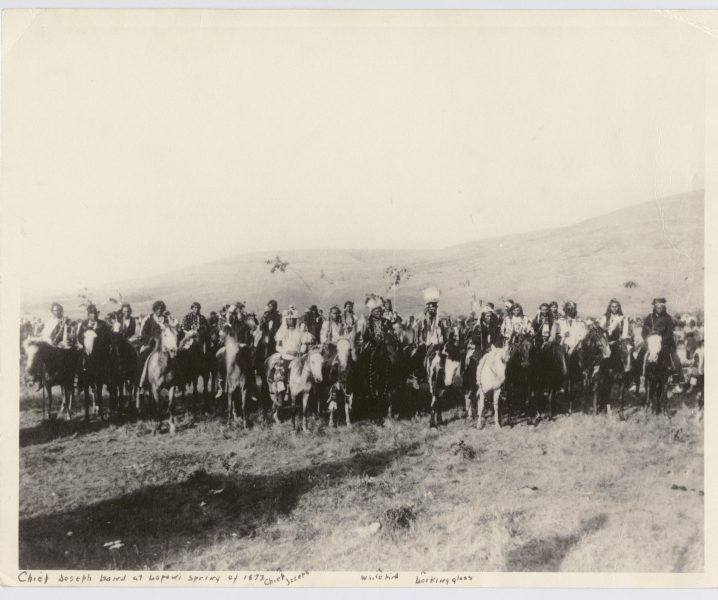 5.1 Organization and Systems of Governments of Native North American People

How were different groups of North American Indians organized into systems of governments and confederacies?

The inhabitants of North America organized varied economies and systems of government. Groups such as the Iroquois, Huron, Cherokee, Navajo, Creek, Hopi, Algonquin, and Lakota (Sioux) established pueblo-city states, tribelets, native bands, confederacies, and nations. Communal councils led by chiefs or elders formed the basis of local governance in many villages or settlements; some included female advisers. Traditional commerce involved exchanging and bartering commodities of regional significance and abundance, including salt, shells, beads, timber, agricultural products, abalone, fish, flint, and fur. Teachers may have students consider the importance of trading networks as a means of disseminating goods and the value of information such as technology, agricultural practices, and religious beliefs (for example, animism and shamanism). This exercise will also help students grasp the environmental geography of North America by exploring which resources and trade goods originate from which regions and why. ... Finally, students should appreciate the diversity of Native American communities and connect this national story of diverse natives to their fourth-grade studies of California Indians.

It is very difficult to generalize about the social, cultural, economic, and political organizations of Native Americans without oversimplifying the history and experiences of vastly different groups of people. Nevertheless, there are some similarities that we can highlight to help students recognize overarching themes in the social, economic, and political structures of Native people in North America. The sources in this set provide examples of systems of government that Native people developed in the regions highlighted in Standard 5.1, including the American Southwest, Pacific Northwest, Great Plains, and groups east of the Mississippi River.

Native North American people organized themselves into various systems of governments. They used the land and resources available to them to form diverse political, economic, and social structures. For many groups, people's sense of belonging was with their local community. Most groups were sovereign, meaning that they were independent and self-governing and controlled their own affairs according to the worldviews that guided their people. Land, trade, war, culture, religion, marriage, accommodation, cooperation, and adaptation linked groups together. Indigenous people primarily organized themselves by village in family-based social and political structures—into what some scholars refer to as bands, tribes, or tribelets. In other areas, groups unified into larger organizational structures, known today as nations, leagues, tributaries, or confederacies. In some places, independent Native nations formed complex democratic political organizations, as seen in the Iroquois Confederacy (Source 1). In other places, leaders ruled as paramount chiefs who expected tribute payments from tribes within their sphere of control, as in the case of Powhatan (Source 2).

By the 1500s and 1600s, when Europeans arrived in North America, Native people had established various social, cultural, political, militaristic, economic, and diplomatic relationships with each other. European and American contact changed these relationships in a variety of ways. The persistence of the Pueblo Kivas (Source 3) through these changes demonstrates the centrality of clans and religion in the sociopolitical structure of Pueblo and Hopi societies. Horses, introduced by Europeans, also altered the lifeways of many Native groups. Strong horseback cultures developed in the West that changed the structures of life, leadership, and diplomacy for many Native peoples including the Lakota (Source 4) in the Great Plains, the Comanche (Source 5) in the Southern Plains and Southwest, and the Nez Perce (Source 6) in the Pacific Northwest. European and American leaders tended to recognize Native political structures that reflected Euro-American leadership. Some groups adopted Euro-American structures of government in an attempt to protect their lands and lifeways, as seen in the Constitution of the Cherokee Nation (Source 7). By the early 1800s, European and American contact affected many Native communities in North America. Sources 4, 6, and 7 deal with the ways that Native governments negotiated with the United States. While the US government generally did not uphold its treaty obligations to Native nations, groups continue to work to have their sovereignty and land rights recognized today.

Teaching Challenges and Opportunities: The diversity of Native cultures throughout the Americas is a major challenge. Teachers and students may be tempted to generalize that the social, economic, and political structures highlighted in this inquiry set may be applied to other Native communities. However, Native people varied greatly in language, culture, organization, and structure. Teachers should treat each group as an independent entity.

Extension: An enriching extension activity might ask students to explore the current status of one or more of the groups in this inquiry set. Do they continue to maintain the same sociopolitical organization? Why or why not?

Teacher background:
This visual literacy tool can be used throughout the year with any historical text that is image-based (rather than word-based). It defines for students an iterative process for approaching historical images, with four steps that can be approached in a flexible order: (1) observing and describing content and composition of the text itself, (2) gathering outside context, (3) reflecting on possible meaning, and (4) posing further questions.

Directions for using the visual literacy tool with students:

Many of the historic images of Native Americans were drawn or photographed by foreign (mostly European or American) observers of Native people. They may not reflect the ways that Native people would have represented themselves at the time. It is important to acknowledge this with students. Teachers and students are encouraged to also seek out Native sources and consider the ways that Native people may have represented themselves in these historical contexts. Moreover, Native people may not have viewed their systems of government as a central defining factor before European contact. Sense of belonging for many groups rested first with their culture, family, clan, and/or village.