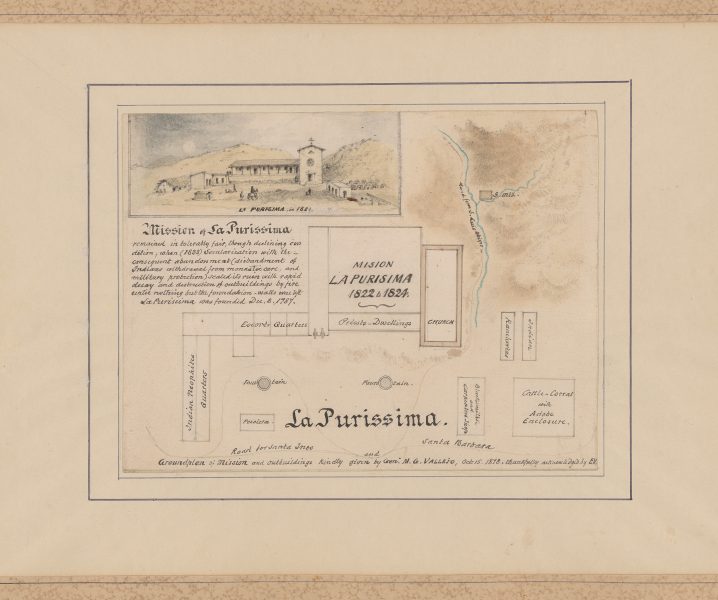 4.2b Missions’ Impact on Environment and Economy

This lesson introduces students to some of the lifeways of Native Californian communities before the arrival of newcomers (Europeans and Americans). It addresses the ways that foreign contact changed Native people’s lives during the Spanish mission period, including changes to their cultures and the impacts of disease and European plants and animals on Native populations. It also examines shifts in the California economy in the late 1700s and early 1800s, and it introduces students to the life experiences of all people in California during the colonial period (1770s to 1830s).

Why did Spain establish missions? And how did they gain control? What impact did this encounter have upon Native peoples, Spanish missionaries and military, the Spanish/Mexican settler population, and California’s natural environment? Mission set 2 sub-question: How did the missions change the environment and the economy in California, and what did this mean for California Indians?

After studying both indigenous life in California and the motivations and practices of European explorers to the new world, students investigate what happens when two different cultures intersect: What impact did this encounter have upon Native peoples, Spanish missionaries and military, the Spanish / Mexican settler population, and California’s natural environment?

To secure the northwestern frontier of New Spain, King Charles III began colonizing California in 1769. While soldiers arrived to defend the territory, Franciscan missionaries came to convert native peoples to Christianity. Initially, missions attracted many Indians who were impressed by the pageantry, material wealth, and abundant food of the Catholic Church. Over time, as Spanish livestock depleted traditional food sources and the presence of the Spanish disrupted Indian village life, many other Indians arrived at the missions seeking a reliable food supply. Once Indians converted to Catholicism, missionaries and presidio soldiers conspired to forcibly keep the Indians in residence at the missions. In addition to their agricultural labor at the missions, Indians contracted with Presidio commanders to build presidio fortresses. Cattle ranches and civilian pueblos developed around missions, often built by forced Indian labor. Spanish culture, religion, and economic endeavors, combined with indigenous peoples and practices, all converged to shape the developing society and environment during Spanish-era California.

With so few colonists, Spanish authorities believed they could transform Indian peoples into loyal Spanish subjects by converting them to Christianity, introducing them to Spanish culture and language, and intermarriage. The introduction of Christianity affected native peoples, many of whom combined Catholicism with their own belief systems. Vastly outnumbered by native peoples, missionaries relied on some Indian leaders to help manage the economic, religious, and social activities of the missions. Colonists introduced European plants, agriculture, and a pastoral economy based mainly on cattle. (This unit of study may allow for the teaching of the Environmental Principles and Concepts (see Appendix F)). Under the guidance of Fray Junipero Serra 54,000 Indians became baptized at the missions where they spent anywhere from two to fifty weeks each year laboring to sustain the missions.

The historical record of this era remains incomplete due to the limited documentation of Native testimony, but it is clear that while missionaries brought agriculture, the Spanish language and culture, and Christianity to the native population, American Indians suffered in many California missions. The death rate was extremely high; during the mission period the Indian population plummeted from 72,000 to 18,000. This high death rate was due primarily to the introduction of diseases for which the native population did not have immunity, as well as the hardships of forced labor and separation from traditional ways of life. Moreover, the imposition of forced labor and highly structured living arrangements degraded individuals, constrained families, circumscribed native culture, and negatively impacted scores of communities. Nonetheless, within mission communities, Indian peoples reconstituted their lives using Catholic forms of kinship—the compadrazgo (god parentage)—to reinforce their indigenous kinship relations. Owing to missionaries’ dependence on Indian leaders (alcaldes) to manage mission affairs, elders who exerted political authority in their Indian villages often assumed positions of leadership in the missions. Mission orchestras and choirs provided yet one more avenue for Indian men to gain positions of importance in the missions. Some mission Indians sought to escape the system by fleeing from the padres, while a few Indians openly revolted and killed missionaries. Sensitizing students to the various ways in which Indians exhibited agency within the mission system provides them with a more comprehensive view of the era. It also allows students to better understand change and continuity over time, as well as cause and effect. Students can also gain broader contextual knowledge of missions by learning about how they operated farms like at Mission San Luis Rey, and by learning about the roles played by different groups of people in such settings. For example, students can frame their understandings of the mission system by considering, How did the lives of California Indians change during the Mission Period? How did they stay the same?

California’s missions, presidios, haciendas, and pueblos should be taught as an investigation into the many groups of people that were affected by them. Sensitivity and careful planning are needed to bring the history of this period to life. A mission lesson should emphasize the daily lives of the native population, the Spanish military, the Spanish/Mexican settler population, and the missionaries. The teacher might begin the lesson by asking students: How were peoples’ lives affected by missions? The teacher may wish to focus on a specific mission if it is nearby and can provide resources, or he/she can focus broadly on the impact of them throughout the region. Once students have learned that they will investigate the multiple perspectives of people who lived during the mission period, the teacher presents carefully-selected primary and secondary sources, as well informational texts written for children that provide information and context about each of the groups of people. Teachers can use literature, journals, letters, and additional primary sources that can be drawn from the local community to provide information about the mission. These sources can be challenging for all reading levels, so it is important for teachers to excerpt and support students when reading dense primary-source texts by providing them with vocabulary support, and making the sources accessible to all learners with literacy strategies.

In selecting sources and directing students’ investigations, attention should focus on the daily experience of missions rather than the building structures themselves. Building missions from sugar cubes or popsicle sticks does not help students understand the period and is offensive to many. Instead, students should have access to multiple sources that identify and help children understand the lives of different groups of people who lived in and around missions, so that students can place them in a comparative context. Missions were sites of conflict, conquest, and forced labor. Students should consider cultural differences, such as gender roles and religious beliefs, in order to better understand the dynamics of Native and Spanish interaction. Students should analyze the impact of European diseases upon the indigenous population. And as much as possible, students should be encouraged to view sources that represent how missionaries viewed missions and how natives lived there, and the role of the Spanish/Mexican settler population in facilitating the system. In addition to examining the missions’ impact on individuals, students should consider its impact on the natural environment. The arrival of the Spanish, along with their imported flora and fauna, catalyzed a change in the region’s ecosystem as well as its economy. What had once been a landscape shaped by hunter-gatherer societies became an area devoted to agriculture and the distribution of goods throughout the Spanish empire. Students can analyze data about crop production and livestock in order to better understand how people used the land and intensified the use of its natural resources. (See EEI Curriculum Unit, Cultivating California 4.2.6.)

The Mexican War for Independence (1810-1821) ultimately resulted in the end of Spanish rule, and with it, the mission system in California. Criticism of the mission system led to a campaign to secularize the missions as early as the late 1700s, when the region was still under Spanish rule. Secularization was never formally instituted, however, until the new Mexican Republic, established in 1823, began to liquidate and redistribute mission lands through land grants to Californios in 1834. Native Californians were supposed to receive half of the mission land, but many did not receive the land they were promised.