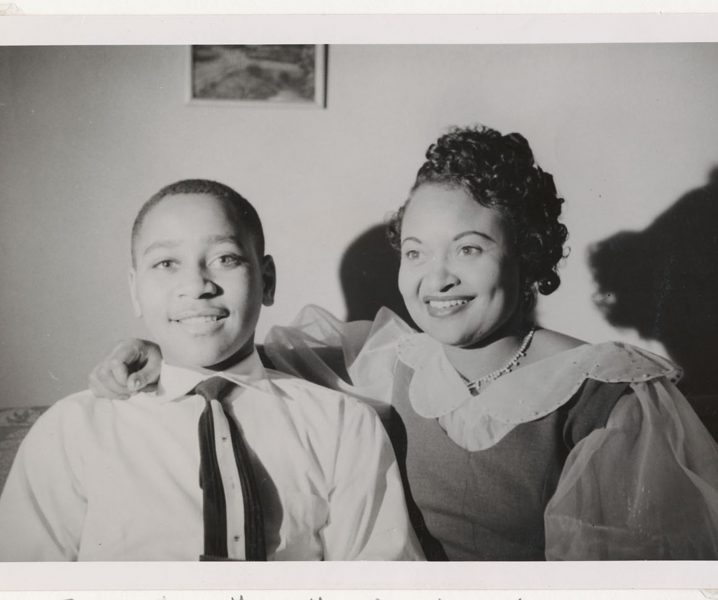 12AD.8 Social Activism in the Media

This inquiry set asks students to compare the stories of Emmett Till and Trayvon Martin, with a specific focus on media coverage of each event. Through this case study students will find evidence to determine ways in which the internet has affected the role of the media in shaping how the public learns about news, and how it influences social activism.

How has the internet revolution impacted journalism, and what are its effects on the coverage of public affairs and current issues?

Students also scrutinize the current role of the press in American democracy. Students may be presented with a series of compelling questions about the press (and its changing role in American political life over time) and be encouraged to form their own questions. To what extent are the press and the media fulfilling a watchdog role? Do media outlets provide enough relevant information about government and politics to allow citizens to vote and participate in a well-informed way? How has the Internet revolution impacted journalism, and what are its effects on the coverage of public affairs and current issues? How do elected officials and candidates for public office utilize the mass media to further their goals? Students may begin to answer these questions with a brief review of the First Amendment’s freedom of speech and of the press clauses and key U.S. Supreme Court press cases such as Near v. Minnesota (1931), New York Times Co. v. Sullivan (1964) and Hazelwood v. Kuhlmeier (1988). Students should also discuss the responsibility of citizens to be informed about public issues by using the various media wisely. Students can engage in current-event and multimedia projects that would enable them to explore issues. For example, students may select a current issue of interest and research it by using multiple print and electronic media sources and analyze factual differences, bias, point of view and conclusions of each source. Based on their research, students could then write an evidence-based opinion piece on the issue.

While this inquiry set ultimately aims to focus on the impact of the internet revolution on journalism, in order to work successfully with the case study students will also learn some historical context about Emmett Till, Trayvon Martin, media portrayals of the murders of both young men, and racialized violence.

Emmett Till was a 14-year-old African American boy who was lynched in Mississippi on August 28, 1955. He was from Chicago and had traveled south to visit and stay with relatives. He was accused of offending a white woman, Carolyn Bryant, in a grocery store. Later that night two white men, Roy Bryant, Carolyn’s husband, and J.W. Milam, Roy’s half brother, knocked on the door of Till’s uncle, Mose Wright, and asked to speak with Till. The two men took Till from the home. This was the last time that his family would see him. Till’s body was found in the river showing evidence of tremendous abuse and violence.

When Till’s body was returned to Chicago, his mother, Mamie Till Bradley, chose to hold an open-casket funeral. Newspaper and magazine photographs of Till’s mutilated body worked to inform the nation about the events that had taken place. Jet magazine, an African American publication, published images of Till’s mutilated body, open-casket funeral, and the lines of people who came to pay their respects to Till and his family in Chicago. African American newspapers around the country picked up this story to draw attention to racialized violence in the United States, sparking what some historians regard as an impetus for a new phase of civil rights activism. Despite the national outrage and demands for justice, Bryant and Milam were acquitted by an all-white jury. A year later they admitted, in a magazine interview, that they had killed Till.

The media environment surrounding Till’s murder, funeral, and the trial that acquitted his killers is one object of study for this inquiry set. While Black newspapers widely reported on and published various elements of Till’s story, non-Black newspapers, television, and radio companies employed African American journalists, and they presumed a white audience for their journalism. However, the 1950s are regarded as something of a highwater mark in the embrace of “objectivity” as a governing rule of journalism. Journalists committed to standards of professionalism, research, science, and expertise. Finally, although television was expanding in its impact and reach at the time of Till’s murder, it was not yet the national mass medium that it would become in the 1960s. By 1956, around 65 percent of American households had television sets (by the end of the decade this would reach about 90 percent). Thus, in the 1950s, most Americans received their news and consumed media through newspapers, magazines, and radio.

Trayvon Martin was a 17-year-old African American boy who was killed in Sanford, Florida, on February 26, 2012. Martin was walking back to the house where he was staying after stopping at a 7-Eleven. He was unarmed and wearing a gray hoodie over his head. George Zimmerman, a 28-year-old member of the local community watch, spotted Martin and called 911 to report that he was following a person who looked suspicious. When police arrived they found Martin dead from a bullet wound and Zimmerman with blood on his face. Zimmerman had shot and killed Martin. Zimmerman claimed that he had shot Martin in self-defense. Zimmerman argued that Florida’s “Stand Your Ground” law, which allows citizens to use deadly force if they reasonably believe that they face imminent threat, permitted him to use this kind of deadly force on Martin. Zimmerman was eventually put on trial for Martin’s murder. He was acquitted in 2013. His acquittal set off a series of protests that provided a catalyst for the Black Lives Matter movement.

Media coverage of this event spanned across all forms of twenty-first-century coverage from television to social media such as Twitter. Coverage included cable television news programs, blogs and opinion writing, and social media debate. The media environment in the 2010s, while more familiar to teachers and students, is notable for the expansion of ideologically driven news outlets. The popularity and ubiquity of conservative talk radio, cable news, and websites accelerated from the 1990s onward. In addition, by 2012 MSNBC had firmly committed itself to be the liberal alternative to Fox News, and the online sphere gave voice to left and liberal-left perspectives often ignored in the mainstream media. Another defining feature of the media environment in which the Martin murder occurred is the crisis that professional journalism has suffered in the face of online media (and advertising). The 2000s saw consolidation of newspaper ownership and the collapse of many local papers. While digital media in some ways has enabled a democratization of who can speak up in the public sphere, it has also undermined the scope and scale of investigative journalism and reporting.

Students will use an art analysis strategy to observe Source 6, the painted mural of Trayvon Martin. Ask students to simply observe the art for one full minute, in silence. After looking at the art, students should write down their first response to the art: What did it make them feel? What did they think about?

Finally, students use their observations to create questions to ask about the Trayvon Martin case and to determine the artist’s message. Use the student handout to guide this activity.

Students may read this source in pairs. Pairs of students should sit shoulder to shoulder, as they will be reading out loud. Sitting in this way allows students to read quietly to each other and manage the classroom volume as each pair reads. One student will read the first paragraph aloud to the other student. The second student will paraphrase what they heard from the reading. The paragraphs can be split in half, depending on the students’ reading level and reading endurance.

Once the second student paraphrases out loud, the pairs will work together to mark the text. They should highlight or underline any evidence that explains how the Trayvon Martin story was covered or how news, in general, is gathered. The text, particularly paragraph 1, has negative examples. For instance, the author states “during that case there was no social media; there was no Facebook” in reference to the O.J. Simpson case. Students might highlight that as an example of what is used now to cover news, as opposed to in past years. Student pairs switch roles. The second partner reads, the other paraphrases, and then they work together to highlight.

Before reading, if students can see an image of the newspaper layout, they should engage in the art analysis activity linked to Source 6. It is valuable in this case to analyze the visual layout of the newspaper as well as the written text.

Both case studies deal with the issue of race in America. While this lesson ultimately asks students to describe how the internet has influenced journalism, racism and the vulnerability of Black men in the face of the law are certainly an integral part of the story. The details of Emmett Till’s murder are well documented and understood, but in discussing the circumstances of Trayvon Martin’s death students and teachers may have strong feelings about the outcome of the case.