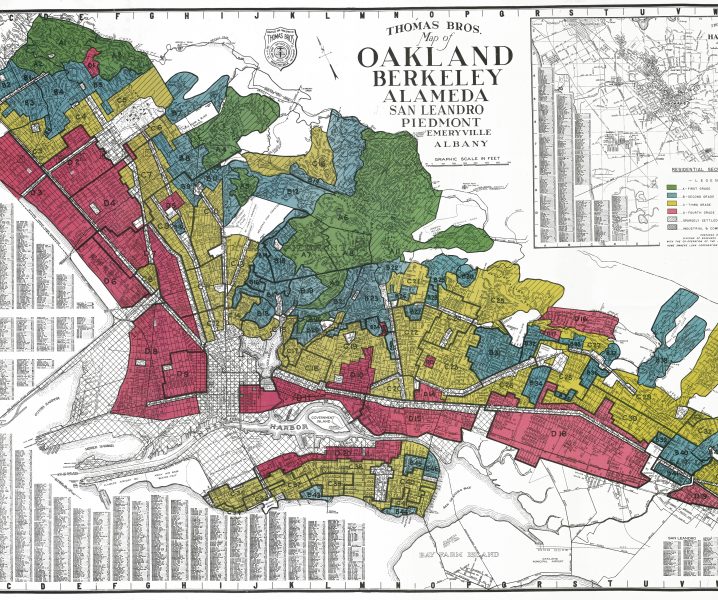 12AD.3 The Rumford Fair Housing Bill and the Dangers of Majority Rule

This inquiry set examines the ways in which the majority of people in a society can present a danger for those who occupy the minority. The controversy around California’s 1964 vote on Proposition 14 and its impact on fair housing for communities of people facing discrimination are the grounds for this analysis.

What are the dangers of majority rule?

Students consider the role of and necessity for government as they think about How much power should government have over its citizens? They consider how the government can attain goals sanctioned by the majority while protecting its citizens from the abuse of power by asking What are the trade-offs between majority rule and the protection of individual rights? They will review and expand their knowledge of the key elements of a representative form of democracy, such as the idea that the authority to govern resides in its citizens. . . . They return to the tension between majority rule and individual freedom, by considering the importance of free association in a democratic society and the power that such associations can have in fostering a civil society and in influencing the U.S. government. Students consider What are the limits of individual liberty and the dangers of majority rule? . . . They also explore the responsibility of the government to protect its citizens and promote social order.

One enduring tension in the system of American representative government is balancing the will of the majority with the interests of the minority populations. Historically and recently, the majority population has attempted to limit the liberty of those who occupy the minority. When the disruption of liberty has been deemed dangerous to people in the minority, historically it has been described as the “tyranny of the majority.” One way the danger of majority rule can be approached is through the study of the discriminatory relationship some Americans have with people of different races, religions, nationalities, and ethnic identities. An example of the relationship between the will of the majority and its impact on people in the minority can be found in the controversy around fair housing laws in California.

This inquiry set illustrates the dangers of majority rule through a case study about housing segregation. Housing segregation has divided communities often along racial and ethnic lines. Property owners used the power to decide who could rent or purchase land in order to exclude persons they deemed undesirable. Racial prejudices often drove this designation, which also protected and developed wealth and property values for white Americans. During the 1930s, government organizations, banks, and the real estate industry reinforced these practices by implementing a system of classification for neighborhoods around the country. These practices caused white-owned property to be valued more highly than nonwhite-owned property. The quality of a neighborhood along with the prospects for acquiring a home loan were ranked according to a color-coded system that considered proximity to African Americans and other people of color a detriment. The inability to procure home loans in certain color-coded areas meant that not only were nonwhite people unable to purchase homes in certain neighborhoods, but they also could not take out loans that would enable them to make necessary repairs and improvements on their homes, which further decreased property values. This system came to be known as “redlining.”

The American Civil Rights Movement sought to reverse many of the systemic practices that created disparities in power and resources. In the post–World War II era, California’s governing officials passed legislation that challenged inequalities in education, labor, and eventually housing. Yet racially restrictive housing covenants along with the Supreme Court’s decision in Shelley v. Kraemer (1948) amounted to smaller institutional practices that discriminated against nonwhite home buyers and renters. In 1963, the Rumford Fair Housing Act made it illegal for property owners to discriminate against home renters and buyers based on their race, nationality, religion, or other ethnic identities. While those who had been subjected to housing discrimination viewed this shift as a sign of progress, the majority argued that this legislation amounted to a decline in their personal liberties. Led by real estate interests throughout the state of California, a measure was added to the 1964 ballot as Proposition 14, which promised to reverse the Rumford Fair Housing Act and allow property owners to choose renters and buyers based on whatever criteria they pleased. Groups representing minorities who had been subject to housing discrimination responded by organizing against Proposition 14. Despite their efforts the legislation passed, with a wide majority of California voters expressing their support.

The vote codifying Proposition 14 inspired some Californians to advocate on behalf of minority rights by appealing to the judicial system. Eventually, in 1966 the California Supreme Court heard the case of Reitman v. Mulkey, which challenged the law that permitted housing discrimination. The court decided to strike down the legislation on the grounds that it violated the Equal Protection Clause of the Fourteenth Amendment to the United States Constitution. Once again, activists led by the real estate industry took action and appealed the decision to the US Supreme Court on the grounds that California’s judiciary had disregarded the expressed will of the majority of voters. The US Supreme Court voted 5 – 4 to uphold California’s judicial decision, and housing discrimination against minorities was dealt a blow on a national level. Despite this progress, housing discrimination continues today in different forms, and the will of the majority continues to act against those with minority status.

The sources in this set illustrate how housing policy shifted in California over the course of the second half of the twentieth century and into the twenty-first century. As students navigate these sources, be sure to ask them to connect the pieces of evidence about housing policy to larger questions about the dangers of majority rule.

“What were the consequences of the California Supreme Court ruling against Proposition 14?”

The object of this English Language Development Activity is to use Source 9 of this inquiry set to support students with:

Focus Question: What were the consequences of the California Supreme Court ruling against Proposition 14?

Issues that might be sensitive for those using this inquiry set are racial dehumanization and discrimination, as well as poverty and homelessness.