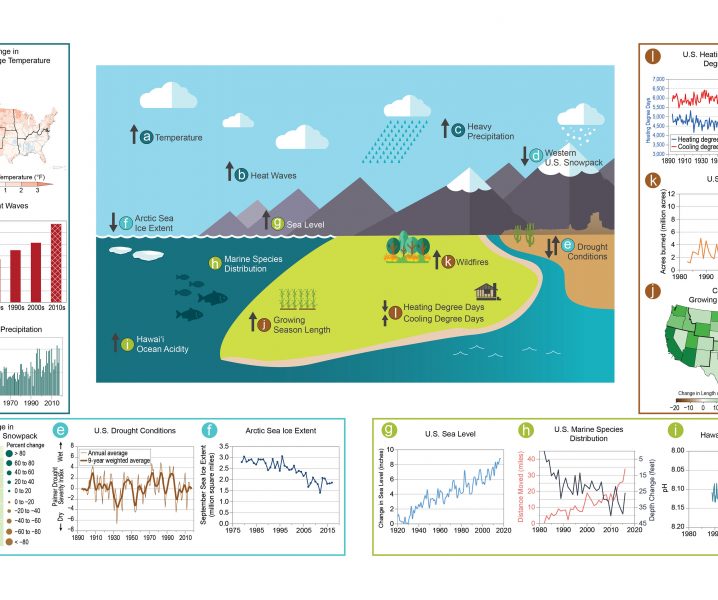 12AD.10 Rights and Responsibilities in the Era of Climate Change

This set uses documents from the court case Juliana v. United States to examine the rights and responsibilities of citizens and the federal government during the era of climate change, with a comparison to a similar case in the Netherlands.

How should individual rights and liberties be balanced with the common good in matters related to land as well as water, air, and other natural resources?

Among the persistent issues facing the United States and California, in particular, is how to balance individual rights and liberties with the common good in matters related to land as well as water, air, and other natural resources. Students examine case studies that embody the struggle to find this balance and consider the spectrum of factors that influence policy decisions about natural resources and natural systems (see appendix G for Environmental Principle V). Students learn that many conflicts over environmental issues result from competing perspectives involving individual rights and the common good, an illustrative example of the reciprocity between rights and obligations. (See Education and the Environment Initiative curriculum unit “This Land Is Our Land,” 12.2.)

This inquiry set can be approached in a few different ways. It can be used as a study of the relative authority and responsibility of the three branches of government for the protection of natural resources. It can also be used to analyze citizen activism for a pressing issue — climate change — and the process by which citizens seek to change law. Finally, it can be used to examine present and historical governmental approaches to addressing environmental quality, and the means of effecting changes in those approaches.

The Juliana plaintiffs point to the fact that the US government has long understood the linkage to human actions. Source 5 is the 1965 President’s Science Advisory Committee’s report that identified several forms of environmental pollution resulting from industrial pursuits. In addition to the actions causing visible water and air pollution, the federal report identified the dangers of carbon dioxide emissions from fossil fuel use. The report called for action to address all of these threats, asserting that “the land, water, air and living things of the United States are a heritage of the whole nation. They need to be protected for the benefit of all Americans, both now and in the future.”

Significantly, the federal government took serious steps to deal with conventional and toxic pollution in the 1970s. In 1970, Congress revised and strengthened the Clean Air Act, which set standards for industrial and vehicle emissions and required states to develop implementation plans that significantly improved the nation’s air quality. In fact, the Environmental Protection Agency — the federal agency tasked with enforcing the Clean Air Act — reports that emissions of major air pollutants dropped by about 70 percent in the decades following the 1970 Clean Air Act (though not carbon dioxide emissions). Meanwhile, in 1972 amendments to what later was known as the Clean Water Act authorized the federal government to set pollution control standards for industrial wastewater and to establish a permit system to regulate discharges into the nation’s waterways. Due to the Clean Water Act, billions of pounds of pollutants have been kept out of our waters, which helps make many waterways fishable and swimmable that had for decades been unsafe. The Clean Water Act has also helped preserve wetland areas that are critical for protecting against flooding and in providing important animal habitat.

Despite this progress, however, the federal government did not make comparable strides in reducing carbon dioxide emissions. And recently, President Trump announced that the United States would withdraw from the 2015 Paris Agreement on climate change, a document signed by nearly every nation to lower greenhouse gas emissions such as carbon dioxide. Currently, the United States alone is responsible for 15 percent of global carbon dioxide emissions.
This set includes an excerpt from the US Constitution, federal data on climate change, arguments from the plaintiffs and the defendants in the case, two amicus briefs (one for each side of the argument), and a 2015 press release from the Netherlands Supreme Court explaining its ruling in favor of an environmental organization that sued the Dutch government to lower its carbon dioxide emissions. Guiding questions for each document encourage students to consider the factual record compiled by the plaintiffs in the Juliana case; the appropriate allocation of responsibility among the various branches of government to address climate change; the unique position of youth, who are both particularly susceptible to the negative effects of climate change and are too young to vote; and the scope of federal regulations needed to curb emissions of CO2.

Students today are well aware of the threat of climate change and understand that this will be an ongoing issue that their generation must address. This set is meant to help students understand the issue in more depth, though additional class research could be done in order to identify the specific regulations deemed necessary by the Paris Agreement and scientists and others studying climate change. This set is also meant to enable students to consider the authority and responsibility of different parts of our democracy — including citizens themselves — to address and solve one of the most vital issues of our day.

This “First Amended Complaint for Declaratory and Injunctive Relief,” filed in district court, represents the major arguments of the youth plaintiffs in Juliana v. United States; thus, it’s important for students to understand its various points. By drawing student attention to verbs and important modifiers, this literacy activity highlights the many mentions of past and present actions, inactions, and responsibilities attributed to the US government, and the future actions the plaintiffs demand of the government.

12AD.10 Rights and Responsibilities in the Era of Climate Change Student Handout

12AD.10 Rights and Responsibilities in the Era of Climate Change Teacher Key

Climate change is a growing concern for many students. This set is meant to help students understand the science behind a changing climate and to explore some of the ways in which citizens their age are addressing the issue.