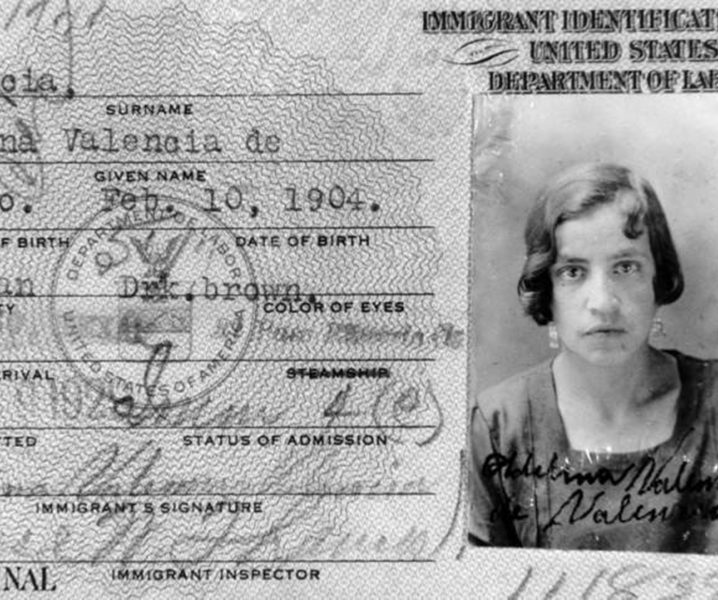 This inquiry set provides resources that frame the 1920s as a decade of diverse social and cultural developments, political anti-radicalism, and intense nativism.

Why were the 1920s filled with political, social, and economic extremes?

The 1920s is often characterized as a period of Prohibition, gangsters, speakeasies, jazz bands, flappers, and conspicuous consumption, which overshadows the complex realities of this era. In reality, the 1920s is a decade of extremes: broad cultural leaps forward to embrace modernity and simultaneously a deep anxiety about the country changing too fast and for the worse. Students consider this question as they learn about the movements of the 1920s: Why were the 1920s filled with political, social, and economic extremes? For middle-class white Americans, the standard of living rose in the 1920s, and new consumer goods such as automobiles, radios, and household appliances became available, as well as consumer credit.

Students learn how productivity increased through the widespread adoption of mass production techniques, such as the assembly line. The emergence of mass media created new markets, tastes, and popular culture.

Movies, radio, and advertising spread styles, raised expectations, promoted interests in fads and sports, and created gendered celebrity icons such as "It Girl" Clara Bow and Babe Ruth, the "Sultan of Swat." At the same time, major new writers began to appear, such as William Faulkner, F. Scott Fitzgerald, Gertrude Stein, and Sinclair Lewis. As students learn about the prosperity and proliferation of consumer goods on the market in the 1920s, students learn that with these changes came both intended and unforeseeable consequences, many resulting in social effects on people and impacts on the environments where they lived (see appendix G for Environmental Principle IV).

This question can help frame students' understanding of the 1920s: How did culture change in the 1920s? Students should explore cultural and social elements of the Jazz Age. Women, who had just secured national suffrage with the passage of the Nineteenth Amendment, experienced new freedoms but also faced pressure to be attractive and sexual through the growing cosmetics and entertainment industries, and related advertisements.

The passage of the Eighteenth Amendment and the Volstead Act triggered the establishment of speakeasies. These not only represented a challenge to Prohibition but established a vast social world that broke the law and challenged middle-class ideas of what should be allowed. In those arenas, lesbian, gay, bisexual, and transgender (LGBT) patrons and performers became part of what was tolerated and even sometimes acceptable as LGBT-oriented subcultures grew and became more visible. At the same time, modern heterosexuality became elaborated through a growing world of dating and entertainment — a celebration of romance in popular media, the new prominence of young people and youth cultures, and a new kind of marriage that valued companionship.

American culture was also altered by the first Great Migration of over a million African Americans from the rural South to the urban North during and after World War I, which changed the landscape of Black America. The continued flow of migrants and the practical restrictions of segregation in the 1920s helped to create the Harlem Renaissance, the literary and artistic flowering of Black artists, poets, musicians, and scholars such as Alain Locke, Langston Hughes, Countee Cullen, Gertrude "Ma" Rainey, and Zora Neale Hurston. Their work provides students with stunning portrayals of life during segregation, both urban and rural.

LGBT life expanded in 1920s Harlem. At drag balls, rent parties, and speakeasies, rules about acceptable gendered behavior seemed more flexible for Black and white Americans than in other parts of society, and many leading figures in the Renaissance such as Hughes, Locke, Cullen, and Rainey were lesbian, gay, or bisexual. The Harlem Renaissance led many African Americans to embrace a new sense of Black pride and identity, as did Marcus Garvey, the Black Nationalist leader of a "Back to Africa" movement that peaked during this period.

In addition to American political leaders' reluctance to embrace change, many Americans did not embrace the social and cultural openness of the decade. These people found a voice in many organizations that formed to prevent such shifts. The Ku Klux Klan launched anti-immigrant, anti-Catholic, anti-Semitic, and moralizing campaigns of violence and intimidation; vice squads targeted speakeasies, communities of color, and LGBT venues.

As a reflection of the anxiety about the changing demographic composition of the country, the United States Supreme Court ruled in United States v. Bhagat Singh Thind (1923) that the country could restrict the right to naturalization based on race. Congress, encouraged by eugenicists who warned of the "degradation" of the population, restricted immigration by instituting nationality quotas the following year in 1924.

Similar fears about outsiders hurting the nation led to campaigns against perceived radicals. Fears of communism and anarchism associated with the Russian Revolution and World War I provoked attacks on civil liberties and industrial unionists, including the Palmer Raids, the "Red Scare," the Sacco-Vanzetti case, and legislation restraining individual expression and privacy. Legal challenges to these activities produced major Supreme Court decisions defining and qualifying the right to dissent and freedom of speech. By reading some of the extraordinary decisions of Justices Louis Brandeis and Oliver Wendell Holmes (Schenck v. U.S. (1919) and Whitney v. California (1927)), students will understand the continuing tension between the rights of the individual and the power of government. Students can engage in a debate that weighs the need to preserve civil liberties against the need to protect national security. Learning about the American Civil Liberties Union (ACLU), formed in 1920 with the purpose of defending World War I dissenters, and the NAACP, established in 1909 to protect and promote the constitutional rights of minorities, helps students identify organizational responses to unpopular views and minority rights. Students can synthesize their studies of the 1920s by addressing these questions: Were the 1920s a "return to normalcy?" Why or why not?

This inquiry set provides resources that frame the 1920s as a decade of extremes in social, political, and cultural developments, including political anti-radicalism, intense nativism, and expansive explorations of gender. Many of these sources feature California as a center of anti-radicalism (through the Criminal Syndicalism Act) and nativism (in the form of anti-immigrant rhetoric and policies). Following on the heels of some of the most robust Progressive-era legislation (California passed prohibition, anti-gambling, suffrage, and anti-monopoly legislation earlier than other states in the 1910s), California also gave birth to some of the most significant changes in the 1920s, not to mention the president who would first preside over the nation's Great Depression. In this sense, students should center their home state prominently in their study of this important decade.

At the same time, a wider lens can yield different perspectives. In California and across the nation, the 1920s were also a time of expansive possibilities in terms of consumer culture, mobility, art, and gender expression. While the figure of the flapper looms larger in our popular imagination of the era, she is most often understood as white and middle class or wealthy. Flapper aesthetics and imagery were also taken up by Latinas, female impersonators, a nascent interracial LGBT culture, and in African American blues music. This inquiry set invites students to consider how the modern sexual and social freedoms the flapper embodied took on different meanings in different cultural contexts.

This article, appearing in The New York Age in February 1930, reports on a Harlem drag ball. It makes use of historical slang that may be unknown or have different connotations to a modern reader (e.g. sheik, sheba, frail, freakish). This literacy activity will guide students to (1) assess their current understandings of terms, (2) use free online dictionary resources to add to or complicate these understandings, and (3) determine what the terms likely meant in the context of the article. The lesson will build dictionary literacy skills while raising student awareness about language change and the historical context of words. The lesson will also highlight vocabulary related to gender, sexuality, and race and will include vocabulary related to opulence and pleasure in order to prompt students to consider how the text relates to overall social trends of the 1920s.