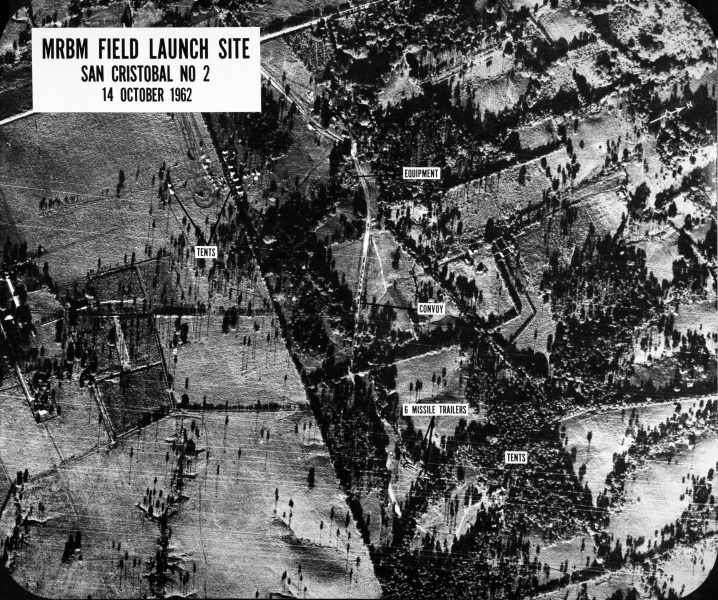 This set places the events of the Cuban Missile Crisis in broader historical and political perspective. It emphasizes the competition between the superpowers to influence the alignment of non-aligned nations — especially the newly independent nations of Asia, Africa, and Latin America —  with financial aid and military intervention. Besides delving into the crisis, students also analyze the methods each side used to fight the Cold War.

How was the Cold War waged all over the world?

Cold War competition spread throughout East and Southeast Asia, the Middle East, Africa, and Latin America. Both superpowers constructed regional alliances in an effort to counter their opponents' power. Given the high stakes of nuclear war, the two superpowers engaged in a number of wars by proxy. Using a variety of maps, primary sources, and classroom simulation activities, students learn that throughout the Cold War, the United States and the Soviet Union intervened politically, militarily, and economically in dozens of nations in Asia, Africa, Latin America, the Middle East, and the Caribbean in an effort to protect their strategic interests. While students will learn about the war in Vietnam in eleventh grade, teachers should select examples of Cold War proxy wars from each continent affected by the global conflict. Students should be sure that they consider the varied perspectives of the people on the ground in each nation, as well as the American and Soviet interests.

The sources in this set recount the events of the Cuban Missile Crisis in chronological order and place it in a broader historical and political perspective. This confrontation was one of the most serious conflict points in the long Cold War, and it took place in a third country, as did almost all confrontations — former colonies or nations that had a history of political and/or economic dependence on a European power, the Soviet Union, or the United States. Because both sides had nuclear weapons, the two superpowers did not risk direct military confrontation. Instead they competed indirectly to influence the alignment of other countries. Students also examine other methods each side used to fight the Cold War, such as competition in the United Nations, propaganda (in the sense of widely spreading ideological arguments through various media), an arms race with nuclear weapons, and covert operations by the Central Intelligence Agency (CIA) and its Soviet counterpart, the KGB. Teachers should introduce the concept of fighting a war with nontraditional weapons and list these weapons for students before beginning the source set.

At the beginning of the Cold War, Cuba was an independent nation firmly tied to the United States. Through the Monroe Doctrine, the United States regarded Cuba and all of Latin America as an exclusive zone of US interest and often intervened militarily in Latin American nations in the twentieth century. The United States had fought to free Cuba in the Spanish-American War in 1898 but then forced Cuba to accept US conditions detailed in the Platt Amendment, with the result that Cuba was not an equal party to the relationship. American businesses owned much of Cuba's industry and controlled the market for cane sugar, the chief Cuban export. In 1952, the military dictator Fulgencio Batista seized control of the government. Although his rule was oppressive, violent, and corrupt, the United States supported his regime, because Batista did not object to US political and economic interests in Cuba. However, in 1956 nationalist movements, including the 26th of July Movement led by Fidel Castro, rebelled against Batista, and in 1959 the Cuban Revolution brought Castro to power. The government of US President Dwight Eisenhower was concerned about Castro's communist ideas, because they could jeopardize US ownership of businesses in Cuba (which Castro could nationalize) — and because of Cuba's geopolitical position, which was near the United States and in Latin America. The Soviet government, led by Nikita Khrushchev, saw an opportunity to gain a foothold in the Americas by supporting Castro's regime with financial aid for development and military aid. These preliminary moves show one method used by the United States and the Soviet Union to wage the Cold War: financial aid to Third World nations. US aid programs tried to convince citizens of Latin American countries that US capitalist modernization held the best hope for economic progress. The Soviet Union offered advisers and funding to implement rapid industrialization and collectivization following the Stalinist model in Cuba.

Determined to prevent Cuba from aligning with the Soviet Union, the United States started to develop a plan to overthrow Castro's Communist regime by staging an armed invasion using anti-Castro Cuban exiles trained by the CIA in Guatemalan training camps. Shortly after his inauguration in February 1961, President John Kennedy authorized the invasion, which failed. Known as the Bay of Pigs incident (Source 1), it was a humiliating public disaster that made the Kennedy administration and the intelligence organizations even more determined to overthrow Castro. (Source 3) Their next plan, the Cuba Project or Operation Mongoose, included economic, political, and military measures — including assassination plots — to spark a revolt against Castro (Source 2). Military intervention in revolutions or civil wars in Third World nations, covert operations by the CIA/KGB, and widespread dissemination of ideological viewpoints and/or propaganda (as in Kennedy's speech) were three additional methods of waging the Cold War.

The most dramatic method of waging the Cold War was an arms race with nuclear weapons. On October 14, 1962, an American spy plane took reconnaissance photos of missile launch sites under construction in Cuba (Source 4). From these bases, Soviet missiles could reach the southeastern United States (Source 6). However, the United States had already deployed intermediate nuclear missiles, known as Jupiters, with a range of 1,500 miles — to Italy (by 1961) and Turkey (in 1962) — which presented a similar threat to the Soviet Union. Moreover, both superpowers possessed intercontinental ballistic missiles (ICBMs) that could reach targets in each other's territory. After a week of secret meetings, on October 22 Kennedy revealed to the American public the presence of Soviet missiles in Cuba, announced the naval blockade of the island, and demanded the removal of the Soviet missiles (Sources 5, 6, and 7). At this point, Kennedy introduced new and more confrontational methods. The risks were great because Kennedy made these demands publicly and threatened to use nuclear weapons against the Soviet Union in retaliation.

Citing American violations of international law, Khrushchev firmly refused to comply with the ultimatum (Source 8). As the United States enforced the blockade, Castro sent a message to Khrushchev supporting use of nuclear missiles in response to a US invasion (Source 9). Finally, on October 27, the two sides negotiated and reached an agreement that included a secret promise given to remove Jupiter missiles from Turkey (Source 10). The next day, the Soviet Union publicly affirmed that its missiles would be removed from Cuba in exchange for a non-invasion pledge from the United States. The secret deal to remove US missiles from Turkey did not become known until the 1980s.

Teacher Background: Ambassador Dobrynin's cable to his Foreign Ministry regarding his negotiations with US Attorney General Robert Kennedy presents several difficulties for English learners. It contains sophisticated, academic vocabulary and long, complex sentences. It is lengthy. Most significantly, it contains Dobrynin's version of a conversation between Kennedy and himself. As the voice switches back and forth between Dobrynin's and Kennedy's voices, English learners may have trouble understanding who is "we" and "you" at any given point. Several literacy strategies are combined to support English learners with this source: vocabulary, condensed text, guidance on referrers, and text structure analysis.

negotiation: discussion between two or more sides to try to come to an agreement. The points each side wants and will give to the other side are called terms.

respond to fire with fire: allow the pilots to fire back if their planes are fired upon

essence: the most important feature of a thing