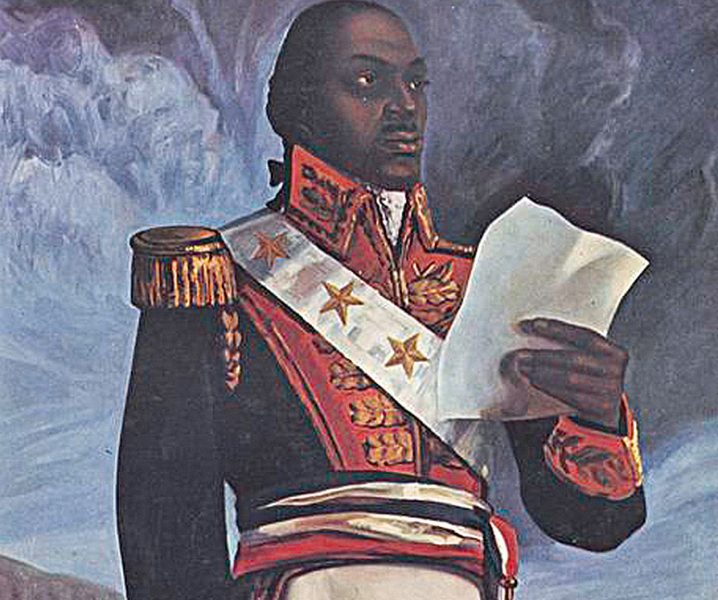 10.2b Revolutions in the Atlantic World

This set contains eight written sources to compare the revolutions in North America, France, Haiti, and Latin America during the late eighteenth and early nineteenth centuries. There are two sources for each revolution, with the first source focusing on the reasons for wanting independence and the second source on some of the political changes made by the revolution. The set will help students understand the desire for revolution and the transfer of revolutionary ideas and fervor across borders, oceans, and continents.

How do the American, French, Haitian, and Latin American revolutions compare to one another?

A transatlantic republic of letters helped spread revolutionary thinking and activism. With the American and French revolutions serving as models of republican government, formerly enslaved people in Haiti, colonial peoples in Latin America, and military and religious elites in Spain and Portugal all participated in revolutionary uprisings.

Students can make meaning about these revolutions in a comparative context by addressing the question: How do the French, American, and Haitian Revolutions compare to one another? Many new leaders established constitutional governments that echoed principles from the Glorious Revolution, Enlightenment ideas embodied in the English Bill of Rights, the French Declaration of the Rights of Man and the Citizen, and the United States Constitution.

Liberal democratic principles, such as individual rights and the rule of law, replaced traditional aristocratic privileges. Students may consider how the universal ideas of the Enlightenment texts provided a political tool for disenfranchised groups to press for greater rights in liberal democracies during the modern era. Yet these revolutionary principles were applied differently in each context; in the Americas citizenship and natural rights did not apply to enslaved people, women, and many men who did not own property, while in Haiti, revolutionary principles translated directly to the abolition of slavery.

Students analyze a set of eight written sources to compare the revolutions in North America, France, Haiti, and Latin America, an area many historians call the Atlantic World. There are two sources for each revolution, with the first source focusing on the reasons for wanting independence and the second source on some of the political changes made by the revolution. The set will help students understand the desires for revolution and the transfer of revolutionary ideas and fervor across borders, oceans, and continents, but it will not cover the individual causes, events, and effects of each revolution. Because of the narrow focus, the students will need contextual support through direct instruction, secondary source readings, or alternative activities to understand the revolutions more thoroughly. They should already be familiar with the major leaders, the dates, and an overview of events. Students should also be familiar with the ideas of the Enlightenment, the contrast between those ideas and old ways of thinking, and the influence of the Enlightenment on people in Europe, the Americas, and the Caribbean.

This lesson is an important one for students on multiple levels. Because this lesson is early in the year, this source set and the literacy strategy included in it will help students learn how to deconstruct sentences of difficult text for greater comprehension. The set also includes a source analysis strategy, CAMPS, to help students read and compare documents as historians do. If the teacher uses this guided practice early in the year and continues these practices throughout the year, students will gain and demonstrate these real-life skills that can have a huge impact on the way they tackle difficult texts and understand documents in the future.

One common thread in all the Atlantic World revolutions is inspiration from the Enlightenment, particularly the concept of popular sovereignty (that people were the source of power for the state) and a new rhetoric of freedom and liberty, which became linked to other new ideas such as nation, independence, and equality. These ideas spread around the Atlantic World in multiple forms. Newspapers, pamphlets, and books — published in increasing numbers and sold to a growing educated audience — have allowed historians to track the circulation of these new ideas. However, nonreaders also learned about and spread these ideas, thanks to freed and enslaved people who as sailors and port laborers moved about the Atlantic. The revolution in British colonies of North America is the subject of the first two sources, excerpts from the Declaration of Independence and the Constitution. The third source is an excerpt from Jean-Jacques Rousseau's The Social Contract. The fourth source is the Declaration of the Rights of Man, written during the French Revolution, which describes the type of government the French National Assembly hoped to establish. Although France went through many different forms of government before Napoleon established a monarchy, many of the principles of the Declaration of the Rights of Man were codified into the Napoleonic Code and future French law. One of the crucial differences between the US (American) and French revolutions was the existence in France of an entrenched system of nobility and clergy with privileges. While the US Revolution was a liberal revolution, confined to political changes, the French Revolution gave rise to social upheaval. Since there were so many changes of government, so many social groups involved, and so much reporting of it across the globe, it was a source of inspiration to rebels everywhere and a source of alarm to ruling classes. It not only stressed equality but also the association of the people with the nation, a new type of state based on popular sovereignty. Source 5, a letter by Toussaint L'Overture, comes from the Haitian Revolution, where the enslaved majority used the rhetoric of freedom and revolution against their white masters to win control of Haiti. The excerpt from the Haitian Constitution of 1801 will allow students to analyze the goals of the new government of Haiti, under L'Ouverture's control (Source 7). In South America there were often uprisings by the Indian or slave majorities, but creoles, Iberian American elites, feared the potential for a radical revolution of the lower social groups. Events in Spain, such as Napoleon's invasion and removal of the Spanish monarchy, caused a republican moment in that state just as it had in France. Republicanism in Spain gave rise to debates about how the colonies would be represented, which led to a desire for independence among creole elites. These elites were largely successful in interpreting liberty as freedom for those who were white property owners and preservation of property rights, privileges, and the existing social order. Sources 8 and 9 are both speeches by Simón Bolivar, the first on his aspirations for a new nation-state and the second on his draft constitution for Bolivia. Like the US Revolution, the Latin American revolutions drove out the colonial powers but then transferred ruling power to colonial creole elites. Otherwise, land ownership and the structure of social hierarchy based on race remained unchanged.

This set will be useful in answering the investigative question in multiple ways. First, for each area under study students will be able to read the ideas of the leaders of these revolutions and what they intended for their nations. Next, students will analyze documents created after the revolutions began that were designed to govern the new nations. Through these documents, students will compare the revolutions and trace the ideas — both those held in common and those that were unique to each revolution — and their ultimate transformation into new governments. Sources 6, 10, and 11, portraits of revolutionary leaders, allow students to compare common features; they provide further evidence that the entire Atlantic World received news, information, and images from these revolutions.

Teacher background: Jean-Jacques Rousseau was a major philosopher of Enlightenment political theory and, for his time, a skilled and dramatic writer. However, his rhetorical style will be confusing to students, especially given the dense nature of the topic. Many sentences are lengthy and employ sophisticated vocabulary. To help students understand Rousseau's text and, more importantly, think about the historical significance of the piece, the text has been broken down into its functional parts, each part followed by questions to spur further thinking and discussion. Before the class begins this sentence deconstruction activity, you may want to refer to the Sentence Deconstruction Strategy on the Teaching California website.