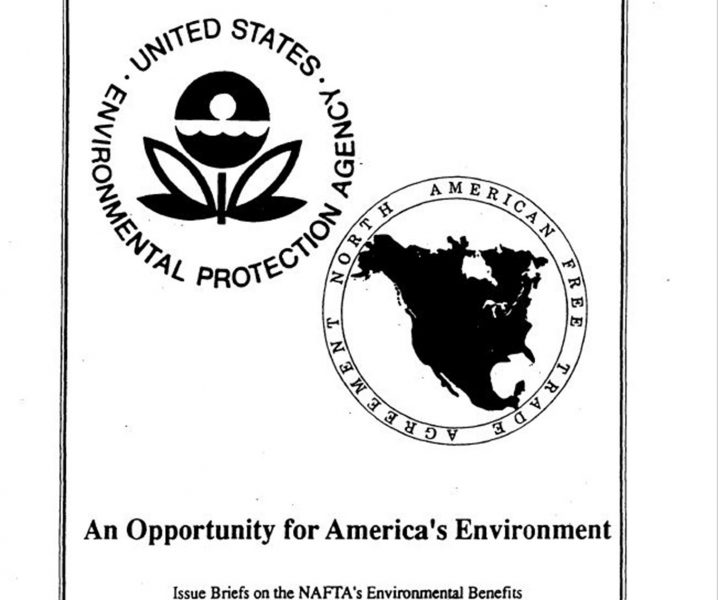 10.11a Transnational Maquiladoras in Northern Mexico

One effect of globalization has been the creation of maquiladoras, owned by transnational corporations but operating in Mexico, generally along the border with the United States. This case study of maquiladoras offers students the opportunity to analyze a complex problem that has no easy solution. Its goal is to get them to view the costs and opportunities of globalization from the perspective of Mexico as a nation and from the individual perspectives of Mexican managers, workers, and activists.

How has globalization affected people, nations, and capital? / Should the nation of Mexico allow transnational maquiladoras to operate in northern Mexico under the existing conditions?

World War II accelerated the trend of globalization, the freer and faster movement of people, ideas, capital, and resources across borders. The question: How has globalization affected people, nations, and capital? can guide students' investigation through this last unit. ...

Economic globalization took the form of multinational corporations and international financial institutions such as the International Monetary Fund (IMF), World Bank, and the General Agreement on Tariffs and Trade (GATT), which supported loans for development and endorsed the principle of free trade. The World Trade Organization (WTO) replaced GATT in 1995. Regional trading blocs also developed, most notably in Europe and later in North America. ...

In addition, critics point out negative aspects of globalization, pointing to environmental concerns, the impact on child labor, women's rights and other issues. Using cost–benefit analysis, students may examine the differential impact of globalization by dramatizing a mock Congressional hearing on NAFTA, including roles for American, Canadian, and Mexican business owners, farmers, and workers. Students might also work through a variety of globalization issues through Model United Nations simulations. ...

One of the effects of globalization that is close to home has been the creation of maquiladoras, or factories specializing in assembly and export processing. They are owned by transnational corporations but operate in Mexico, generally along the border with the United States. The transnational corporation provides the capital, managers, designs, and some components from its base in the United States and employs Mexican workers to assemble parts or manufactured goods, which are then exported to the United States. Beginning in the 1960s, Mexico created a free-trade zone along the border to promote employment. When the North American Free Trade Agreement went into effect in 1994, maquiladora employment soared. By 2005, there were over one million Mexicans, at least 60 percent of them women, working in maquiladoras (Source 1). Mexico has become a major exporting nation, as it has followed the advice of the International Monetary Fund (IMF) and the World Bank to switch its policies from protecting national agriculture and manufacturing to prioritizing an economy geared toward export. This strategy for development and the worldwide move to free trade are major reasons why globalization of the world economy happened so quickly. From the perspective of many US manufacturers and investors, the creation of maquiladoras has been a largely positive development that kept their companies profitable. The major attraction of relocating labor-intensive stages of the manufacturing process to Mexico is the difference in wages. In the 1970s through the early 1990s, the Mexican minimum wage plus benefits was between $0.60 and $0.70 per hour, while wages were much higher in the United States. Because wages paid in the maquiladoras are well above the national average, Mexicans from areas that had high unemployment migrated to the border region, some intending to cross to the United States as well. The cost of living is much higher along the border than it is in other areas of Mexico, which means that maquiladora wages are not adequate to support a family. Nevertheless, many Mexicans, both managers and workers, see these plants as better than the alternatives, particularly the alternative of no job at all (Sources 1, 4, and 7). From the perspective of activists and many workers, conditions in maquiladoras are substandard. Since the plants often lack ventilation and safety equipment, workers suffer injuries and illnesses such as headaches and breathing problems. Workers are exposed to dangerous chemicals without protection or training (Sources 3 and 4). This is not because Mexico has inadequate labor laws, but because those laws are not enforced sufficiently. Because Mexican law also mandates benefits for pregnant workers, maquiladora managers do not hire pregnant women and often require female workers to practice birth control as a condition of employment (Source 5). Maquiladoras also pollute the surrounding environment (Source 6). After 2001, when China became a member of the World Trade Organization (WTO), Mexico faced steep competition from China, whose workers in free-trade zones earned about $0.25 per hour. Most of the textile industry moved out of Mexico to China. In response, maquiladora managers began to specialize in production that required more educated workers and that focused on custom orders and rapid response, taking advantage of closer proximity to the United States (Source 2). China now faces the same drain of production facilities to countries such as Indonesia, where wages are $0.10 per hour. Maquiladora managers and the nations that host them, such as Mexico, face a strong disincentive to raise wages, improve safety standards, or follow environmental protection policies. If the cost of production rises, the transnational corporation can just move its factory to another nation where costs are lower. Massive population growth in the towns along the border has resulted in a lack of adequate housing and public services. Maquiladora workers live in small, overpriced rooms or cardboard shacks without running water or electricity (Sources 4 and 7). Polluted slums surround many maquiladoras. Towns often grant tax exemptions to the maquiladoras as well. This means that those towns do not have the revenue to build roads or schools, expand sewers and electrical grids, or enforce environmental and safety laws. This case study of maquiladoras offers students the opportunity to analyze a complex set of economic conditions that cannot be rebalanced easily. Its goal is to have students consider the costs and opportunities of globalization from the perspective of Mexico as a nation and from the individual perspectives of Mexican managers, workers, and activists. The literacy strategy outlines a collaborative discussion. This set frames a global economic process in national terms so that students can grapple with the complexities of one local example. However, they should also understand that these economic conditions are global, not just on the US –Mexico border. As global capitalism transforms the countryside from small peasant farms to industrial farming, peasants are unemployed, and many migrate. Corporations seeking lower costs and cheaper labor have caused dislocation of US workers, but also of Mexican female workers who organized in unions, which raised costs for corporations. This process is happening worldwide.
Teacher Background: This strategy is built on the assumption that students already know how to analyze sources, although they may not yet do it well. If this is their first source analysis experience, preface this activity by modeling a source analysis for the whole class. While none of the readings in this inquiry set presents special difficulties, asking English learners and those who read below grade level to read all the sources would be overwhelming. Yet students need exposure to multiple sources to learn about all the different perspectives and effects, grapple with the question, and form an interpretation. This four-part literacy strategy supports an inquiry activity for the entire set with collaborative discussion as an assessment. Pairs of students engage in a conversation scenario using academic language. The conversation scenario is "Support Claims and Debunk Counterclaims with a Written Script," a strategy for practicing critical analysis of claims in an argument. All students participate in these activities. Directions Handouts 10.11a Maquiladoras Student Handout 10.11a Maquiladoras Teacher Key