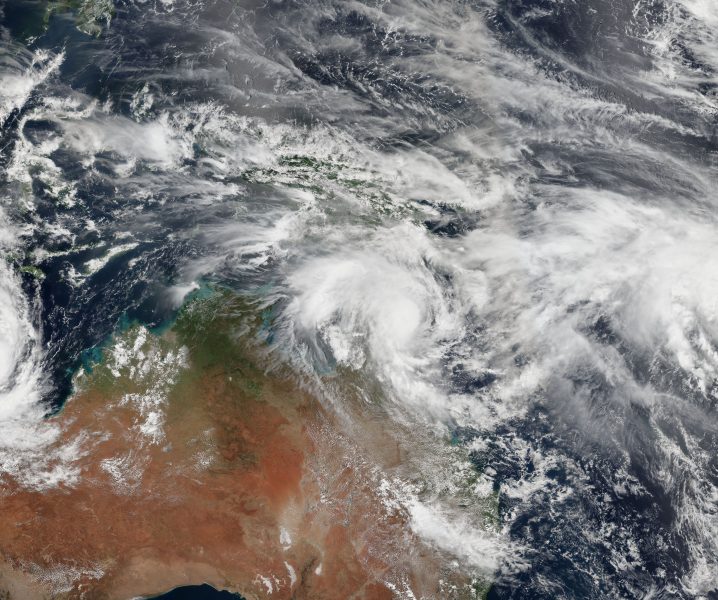 10.10b The Effects of Sea Level Rise on Tuvalu

This primary and secondary source set explores the problems caused by climate change through a case study of the impact of sea level rise on the Pacific Island nation of Tuvalu. The environmental effects of rising water on Tuvalu and other small Pacific Island nations are already evident. The set examines the combined effects of postcolonial poverty and sea level rise on developing nations, and the various ways that national governments and international organizations are working to address sea level rise.

How have nations struggled in similar and different ways to achieve economic, political, and social stability?

his question can help guide students as they explore common challenges faced by nations: How have nations struggled in similar and different ways to achieve economic, political, and social stability? For example, as in some European countries, the presence of multiple ethnic, linguistic, and cultural groups within the borders of an individual state influenced nation-building efforts in developing regions. Further, many places have experienced civil wars or regional disputes that led to civilian casualties. Dictators continue to rule several nation-states. At the same time, other countries have shifted to civilian governments and popular, free, multiparty elections. ...

Students can demonstrate their understanding of the contemporary world through multimedia projects, written reports, or structured oral presentations. Teachers may also want to add a civics component to this unit, in which students are asked to participate in a virtual or real life situation that connects them to the region or topic of study. ...

In the contemporary world, however, the authority of the nation-state appears increasingly feeble in relation to the globalization of economic and other activities, all of which raises challenging questions about the future of governance in an integrating global society. The United Nations resembles an international forum rather than an international government, and its ability to impose standards (such as environmental regulations or consumer protection law) on its own members remains very limited. Students should be able to identify a range of issues including sustainable development that could be described as "transnational" in scope.

This source set explores the problem of sea level rise and its impact on Tuvalu and other small Pacific Island nations, the combined effects of postcolonial poverty and sea level rise on developing nations, and the various ways that national governments and international organizations are working to address sea level rise. Students can draw from their previous history and geography coursework to understand why sea level rise is a problem threatening the world's population. Human-driven changes to the climate lead to rising temperatures that melt ice that has long been present in the Earth's coldest regions (Sources 1 and 2). Rising sea levels from melting ice and warming water threaten low-lying coastal communities, where 40 percent of the world's people live. While the level of the ocean had remained fairly stable for the past 7,000 years or so, it began to rise about 150 years ago due to industrialization. Burning fossil fuels for energy — to run our cars, heat our homes, power factories — emits greenhouse gases that help trap heat in the Earth's atmosphere. Scientists explain that sea level rise is not something that we can prevent from happening, although we can mitigate it with stronger environmental policies. As the planet warms, ice sheets and glaciers will diminish in size (and in some cases melt away), releasing more water into the ocean. Warmer water temperatures lead to higher ocean levels. Scientists' prediction that the global sea level may be 25 inches higher by the year 2100 means that we all will be directly or indirectly affected by the rising waters. Global warming also intensifies storms, such as Cyclone Pam, which devastated Tuvalu in 2015 and displaced 45 percent of its population (Source 3).

Sea level rise is already causing major problems among certain Pacific Island nations, such as Tuvalu, Kiribati, the Federated States of Micronesia, and the Republic of the Marshall Islands (Source 4). In these nations, significant numbers of people live on low-lying coral atolls that are already flooding during storms. Salt water has contaminated the farmland and infiltrated the ground water. Much of the population survives by farming, subsistence gathering, and fishing. With two of those three pillars removed by flooding and contamination, some are forced to abandon their land and migrate elsewhere. There is no land available for them to farm on other islands, as it already belongs to other people who might soon be in the same situation. Many move to the capital city, where there is little industry or chance for employment. The governments of these nations, which were all formed in the course of decolonization, lack the resources either to take adequate steps to mitigate the consequences of sea level rise or to care for the displaced populations.

As students learned in their study of industrial revolutions, not all areas and states of the world industrialized at the same time. Industrialization brought power and wealth to the United States, Western European nations, and Japan in the nineteenth and early twentieth centuries and helped these nations to become imperialists and control much of the remaining land and people. The imperialist nations maintained colonies until the 1960s and '70s. Although some places, such as China, South Korea, and Singapore, industrialized significantly in the late twentieth century, most of the former colonies are much less wealthy than the nations that industrialized first. When the small Pacific Island nation of Tuvalu gained independence from Great Britain in 1978, there was no industry and little development, whereas Great Britain had benefited heavily from industrialization (Source 5). The citizens of Great Britain, Australia, and the United States (with their cars and industries) contribute much more to global warming than do the citizens of Tuvalu. Furthermore, the poverty and lack of development in Tuvalu mean that its people do not have as many resources to find solutions to the waters lapping ever higher on their islands (Sources 6 and 7). Tuvalu became the fourth-smallest nation in the world after independence. Such a small nation, without much development, industry, or infrastructure — especially one with very few natural resources — finds it difficult to compete effectively in the global marketplace.

One response of some national leaders, including Sopoaga and others from Tuvalu, has been to call on the wealthier, earlier-industrialized nations to pay for the costs of sea level rise mitigation and/or allow displaced islanders to immigrate. These calls for environmental justice have spurred the development of the Green Climate Fund, but they have also sparked resistance from nations that think these charges are unfair (Source 8). Other nations have come up with creative solutions, such as Kiribati, which purchased 6,000 acres of farmland on Fiji in 2012 as a refuge for the 100,000 inhabitants of Kiribati should they be forced to abandon their atolls (Source 9). International organizations, such as the United Nations through the Green Climate Fund, and regional associations, notably the Small Island Developing States organization, have begun projects to defend low-lying island nations from storms and flooding and enhance the ability of people to manage the effects of sea level rise so they don't have to abandon their homes (Sources 10 and 11) .

The sources in this set fall into three groups. The first two sources provide evidence about the cause and global impact of sea level rise. Sources 4 through 7 address the colonial legacy and the effects of sea level rise on Tuvalu. The final group of sources provides evidence about solutions and the nations and NGOs that have suggested them. It is important to frame these sources, particularly those describing the problem, with a hopeful tone. Students need to know that these problems can be solved and that people and organizations are working on solutions.

Note: For a map of sea level rise threats in the United States and for more details about what this means for California, please see this CHSSP classroom resource: https://chssp.ucdavis.edu/current-context/sea-level-rise.pdf.

Teacher Background: Justin Locke, a geographer, wrote "Climate Change-Induced Migration in the Pacific Region: Sudden Crisis and Long-Term Developments" for an academic journal. Although he writes clearly and avoids technical jargon, he addresses an audience of college graduates with substantial background knowledge in the social sciences. The vocabulary will present difficulties to most students and serious problems for English learners. For this reason, a vocabulary list is provided. In this strategy for more literacy support, students analyze the text organization of the source. Social science texts follow many types of text organization to accomplish different purposes. Once students understand the organizational structure of a text, they can look at the way that language is used to understand the author's argument and the evidence they provide. In this text, the author is explaining the effects of migration on the migrants and the nation of Tuvalu, so he uses the cause-and-effect pattern. Each paragraph focuses on one effect. Within the paragraphs, the author uses a thesis-and-evidence pattern. He states the effect and then gives evidence to support that effect. The following strategy helps students unlock the structure so they can understand what the author is doing as he moves back and forth between the different text organizations and so they can follow the development of his argument. It is also important to frame this source by telling students that this source does not discuss solutions, only problems, but these are problems that people can solve. Other sources in this set include evidence about solutions.